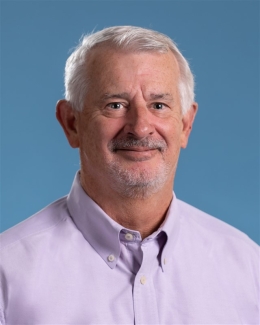 Paul Speer is MBL’s Chief Operating Officer.  In this role, he oversees the infrastructure (facilities, information technology, finance, human resources, marine resources) that supports the scientific and educational mission of the MBL. Dr. Speer received a B.A. in Geology from Williams College and a PhD in Oceanography from MIT and the Woods Hole Oceanographic Institution (WHOI). Following a post-doc at WHOI, he joined the Center for Naval Analyses (CNA), a federally funded research and development center sponsored by the Department of the Navy, as a member of the research staff. Over the past 30 years, he held numerous research and research management positions at CNA.  In September 2009, he was named President of the Center for Naval Analyses. In that role, he was responsible for overseeing the execution of an annual research and analysis program of over $90M supporting the Departments of Navy and Defense. He completed a five year term as President in October 2014 and joined MBL in November.