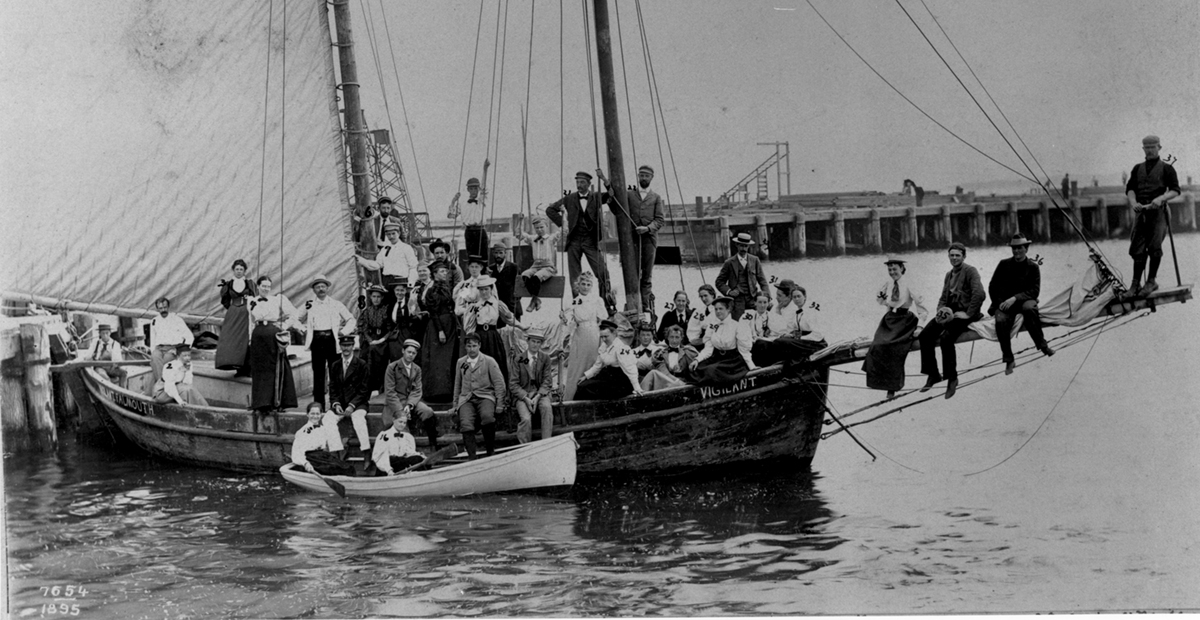 For more than 125 years, scientists from around the world have been gathering at the Marine Biological Laboratory in Woods Hole. The best students from top universities, up-and-coming young faculty known for bold experimental approaches, and successful scientists working at the pinnacle of their professions — an unmatched collection of researchers and educators congregates in the Village of Woods Hole, a seaside community whose name has become synonymous with science.  What lies behind this convergence of intellectual energies? What sustains this confluence of diverse scientific talents?

The answer is simple: a history, tradition, and passion for discovery. Couple this with an abundant supply of marine organisms on which to work and a community that has been home to some of the great biological scientists of the modern era, including more than 50 Nobel Laureates, and the elements are in place for an institution unlike any other: The Marine Biological Laboratory.

The MBL’s history is rooted in the 1871 establishment of the United States Department of Commerce’s Bureau of Fisheries. Spencer Fullerton Baird served as the first U.S. Fish Commissioner, and, in 1885, he established a permanent research station for the Fish Commission in Woods Hole, MA.

Baird was attracted to Woods Hole because of its “natural advantages,” as embryologist E.G. Conklin later wrote, namely the “greatly diversified environment for marine life.” The Gulf Stream brings animals and plants from southern waters to Woods Hole, while the colder waters of Cape Cod Bay host mainly northern marine forms. “Woods Hole is thus about midway between the northern and southern marine faunas and floras, and the biological advantages of such a situation are evident,” Conklin wrote.

Baird had ambitions to build a major biological research center in Woods Hole.  He contacted his friend Alpheus Hyatt, curator of the Boston Society of Natural History, who ran a summer biological research laboratory and school at Annisquam, Massachusetts. His school trained high-school biology teachers as well as prospective professional scientists, including Thomas Hunt Morgan, who would later perform research at the MBL.

In 1887, the Woman’s Education Association appointed a committee of twelve members “to perfect plans for the organization of a permanent sea-side laboratory” that would replace the Annisquam Laboratory and combine research and instruction. The committee was inspired not only by the Annisquam lab, but by Harvard biologist Louis Agassiz's short-lived summer school of natural history on Penikese Island, off the coast of Woods Hole. Woods Hole was quickly picked as the site of the new permanent lab.

The Marine Biological Laboratory was incorporated on March 20, 1888. Embryologist Charles Otis Whitman of Clark University, soon to join the University of Chicago, was appointed the first director of the MBL.

The board, as well as Whitman, agreed that the “formative principle” of the MBL was co-operation, and they worked to develop nationwide interest among colleges and universities in the MBL’s use and support. A summer-only institution during its first decades, the MBL grew rapidly, with 17 students and investigators in its inaugural year and 110 four summers later. Notably, women were well represented at the MBL from the start; in 1888, nearly half the students and investigators were women.

The first summer course offered at MBL was Invertebrate Zoology (now called Neural Systems and Behavior). It was soon complemented by other courses that are still offered today: Embryology, Physiology, and a course in microscope techniques. A core group of investigators in the MBL’s earliest decades explored the interplay of evolution and development; others studied the fine structure of cells. Thomas Hunt Morgan of Columbia University, an MBL summer investigator for more than 50 years, initiated studies in experimental genetics through his pioneering research with the fruit fly, Drosophila. Morgan was awarded the Nobel Prize in 1933 for his discoveries concerning the role of the chromosomes in heredity.

In the more than 125 years since its founding, the MBL has created a history of making a disproportionate impact on the advancement of biological sciences. By providing a unique environment where leading investigators and promising students from around the world can interact and collaborate across disciplines, the MBL has driven fundamental advances in biological and environmental sciences and catalyzed innumerable scientific careers.

The MBL and the University of Chicago formed an affiliation on July 1, 2013 that enhances both institutions’ missions of leadership and innovation in scientific research and education. The affiliation builds on shared values and historical ties between Chicago and the MBL, which was led by University of Chicago faculty members for the first four decades of its existence.

Charles Otis Whitman, later to become head of the University’s Zoology Department, was the MBL’s much-respected founding director (1888-1907). Frank R. Lillie, also professor and later chair of the Zoology Department (and a student of Whitman’s) was the MBL’s second director, serving until 1925. Another key scientist was Jacques Loeb, a University of Chicago faculty member who founded the MBL Physiology course in 1892, conducted research at the MBL until 1910, and served as MBL Trustee from 1898 to 1923. Since 1888, more than 400 University of Chicago faculty, students, or alumni have come to the MBL to conduct research or participate in its summer courses as faculty or students.

The MBL’s affiliation with the University of Chicago strengthens both partners through the joint development of research and teaching collaborations, as well as mutually beneficial programs. It also brings new resources to the MBL, including efforts to expand access to federal and private grants, cooperation in philanthropic efforts, and expansion of educational programs. 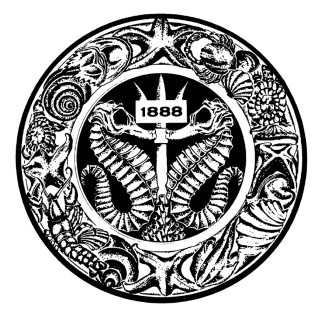 The double-seahorse design on the MBL’s seal is familiar to generations of biologists, but its origins are obscure. Its first known appearance was in 1925 on the façade of the newly constructed Main Brick Building, later renamed the Lillie Building in honor of the MBL’s second director, Frank R. Lillie. The building was designed by architect Charles Coolidge of the Boston firm Coolidge and Shattuck, which today is known as Shepley Bulfinch. As that firm’s archives reveal, original drawings for Lillie show a simple, cast-stone urn in the pediment. At some point during construction, however, the urn was replaced by the more ornate design of symmetrical seahorses encircled by marine organisms.

As the seal depicts, the MBL has provided scientists around the world with access to the rich marine life found in the waters around Woods Hole since its founding more than 130 years ago. Research on these species has given new directions in the neurosciences, in imaging, and in molecular and cell biology, and work done at the MBL in these fields has helped pave the way to breakthroughs that inform the human condition. By coupling new imaging and gene editing technologies, computation, and the marine life accessible at its doorstep, the MBL is a center for discovery of basic mechanisms from genes and cells, to tissues and whole organisms.

Video: The Marine Biological Laboratory in 1935