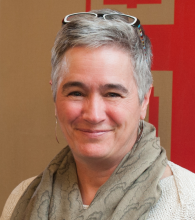 Dr. Hart’s research focuses on two distinct areas of neuroscience, taking advantage of tools available in the nematode C. elegans. In the first, her group works to delineate conserved molecular mechanisms involved in sleep and fatigue. In the second area, they work to understand the pathological mechanisms underlying neurodegenerative diseases.

Dr. Hart received her B.S. from the Michigan State University and her Ph.D. from U.C.L.A. She was Neurobiology course resident faculty (1999 to 2003) and Neural Systems and Behavior course resident faculty (2008 to 2012), as well as Co-Director of the Brown University NeuroPracticum, a “boot-camp” laboratory taught at MBL in January (2013 to 2019). Dr. Hart previously served on Science Council as an Education representative (2009 to 2016).