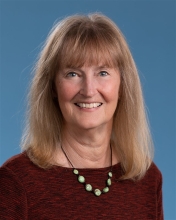 Dr. Maureen Conte is a Senior Scientist at the Bermuda Institute of Ocean Sciences and a MBL Fellow at The Ecosystems Center of the Marine Biological Laboratory. She is also a Visiting Scientist in the Department of Earth, Environmental, and Planetary Sciences at Brown University. Originally calling Georgia home, Maureen received her B.A. in Geography & Environmental Engineering from Maryland’s Johns Hopkins University, and her M.A., M.Phil and PhD in Geology from the Lamont Doherty Geological Observatory of Columbia University. Her Ph.D. research investigated the biogeochemistry of particulate lipids in warm-core Gulf Stream ring systems (Gulf Stream eddies) as part of the multidisciplinary Warm Core Rings Study. She then spent five years in the U.K. as a postdoc and Research Fellow in the Organic Geochemistry Unit of the School of Chemistry, University of Bristol. There she conducted organic geochemical research in the North Atlantic as a part of the British component of the Global Ocean Flux Study (JGOFS), the European Union Emiliania huxleyi initiative (EHUX), and several paleoclimate programs. In 1994, she came to Woods Hole to take over the helm of the Oceanic Flux Program (OFP) time-series founded by WHOI scientist Werner Deuser. 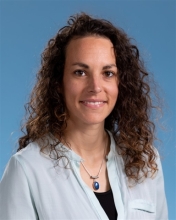 Dr. Rut Pedrosa Pàmies joined our lab in October 2016 as a Postdoctoral Researcher, became an MBL Research Scientist in 2018, and an Assistant Research Investigator in 2022. Rut received her B.A in Environmental Science in 2010 and her M.S. in Oceanography and Marine Environmental Management in 2011 from the University of Barcelona (Catalonia, Spain). Her Ph.D investigated the biogeochemistry of both settling particles and surface sediments from the Mediterranean Sea, together with the meteorological, hydrological and oceanographic settings, to understand the structure and dynamics of the deep ecosystems and to reveal the atmosphere-driven oceanographic events playing a major role in the carbon cycle. 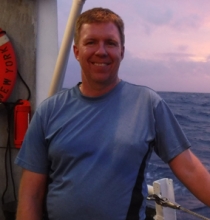 JC Weber has been Maureen’s research assistant since 1996 and is currently based at MBL’s Ecosystems Center. Originally from western PA, he got his B.S. in Marine & Freshwater Biology from the University of New Hampshire in 1993. During that time, he had the opportunity to partake in a range of biogeochemical research working in a diversity of ecosystems from New England salt marshes to the Antarctic dry valleys. He received his M.S. in Marine Science from the University of Delaware in 1995, investigating the cues (tactile and biochemical) triggering settlement and metamorphosis in mud crab larvae. 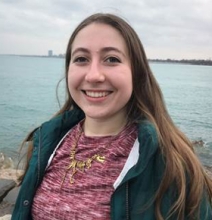 Marianna Karagiannis joined the lab as a research assistant in September 2021. She previously worked with us as a Metcalf Summer Undergraduate Research Fellow in 2018 investigating the isotopic composition of fatty acid biomarkers to assess particle cycling processes in the deep ocean. In 2021, she received her B.S. in Geophysical Sciences and Environmental Science from the University of Chicago, where she was active in student-run environmental research and sustainability initiatives.

Our group has always included high school laboratory assistants just beginning to explore their interest in science. These students from local high schools typically work with us part-time during the academic year and full-time during the summers.

Over the years, our research group has included undergraduate and graduate students working with the OFP time-series and other projects, and also early career Research Assistants (RA) who use their training with us to further their individual education and career paths. The RAs and students have greatly enhanced (both in intellect and personality!) our lab group and have made important contributions to our research.

The OFP Team Through the Years: