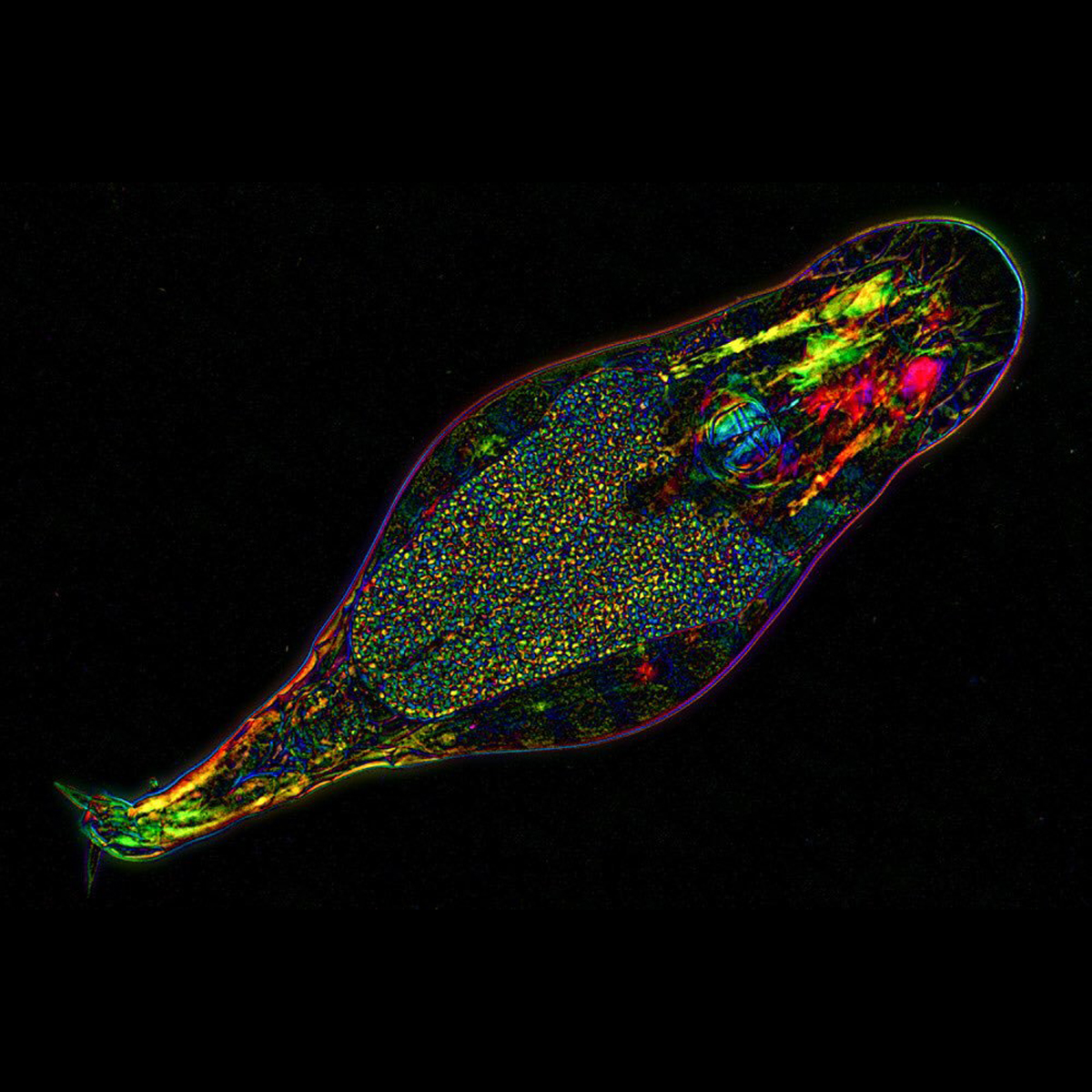 Jumping genes in bdelloid rotifers are tamped down by epigenetic methylation performed by an enzyme pilfered from bacteria roughly 60 million years ago, a study finds.

Bdelloid rotifers, microscopic animals found nearly all in freshwater ecosystems worldwide, lack the enzymes that most animals use to silence regions of their genome by attaching chemical tags called methyl groups. Instead, their methyl silencing system employs a bacterial enzyme that made its way into the animals around 60 million years ago, researchers reported Monday (February 28) in Nature Communications.

Emmelien Vancaester, a bioinformatician at the Wellcome Sanger Institute in the UK who was not involved in the study, says she finds the study “quite convincing.”

“I think it’s really clear that this is a functional [epigenetic system] . . . a novel way of regulation in rotifers that has not been seen in metazoans before,” she says, noting that the system’s novelty supports the hypothesis that the gene encoding the enzyme originated in a bacterium and was integrated into the rotifer genome. “That a horizontally transferred gene has the ability to influence the transcription of a genome . . . I think that’s quite novel.”