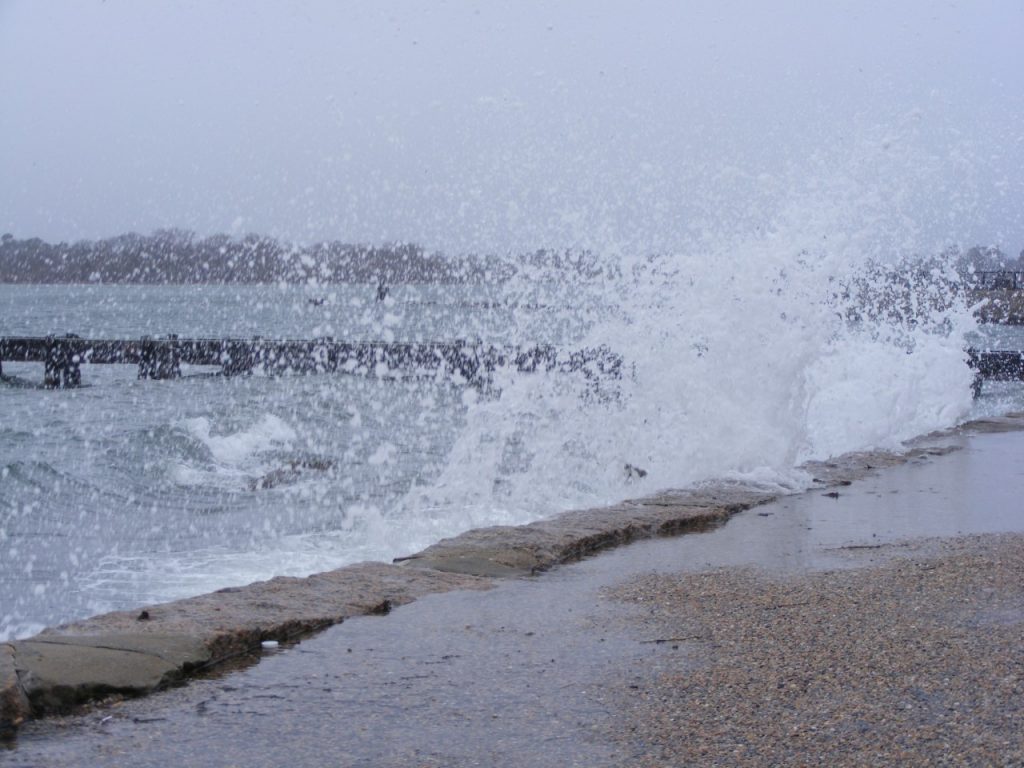 Compromise economic development legislation that passed through both the Massachusetts House of Representatives and Senate this Thursday contained $3 million for coastal resilience projects thanks to funding secured by Sen. Susan Moran and Rep. Dylan Fernandes. The two projects, which will be completed by the Woods Hole Oceanographic Institution (WHOI) and the Marine Biological Laboratory (MBL), will help fortify the historic village of Woods Hole from climate impacts while supporting the two world-leading scientific institutions.

"The Cape and Islands serve as a hub for scientific advancement and remain on the cutting edge of new developments in aquatic research,” said Senator Susan Moran (D - Falmouth). “Securing $2 million for the Woods Hole Oceanographic Institute to support blue technology research and development in the region was a top priority to continue to promote innovation and competitiveness."

“As a port community, the thriving cultural and scientific village of Woods Hole is at the forefront of our changing climate and increasingly vulnerable to risks of flooding and sea level rise,” said Rep. Dylan Fernandes. “I’m proud to have collaborated with Senator Moran to secure $3 million in funding that will help Woods Hole remain sustainable and resilient in the face of climate change and preserve the Woods Hole Waterfront Park enjoyed by thousands of residents and visitors each year.”

A $2 million amendment sponsored by Senator Moran was included in the final economic development legislation for WHOI to help design and construct a state-of-the-art coastal research port infrastructure called the Complex for Waterfront Access To Exploration and Research. The current complex, which serves as a leading marine facility for ocean science, education, and engineering, has been in use for over half a century and a replacement is urgently needed to ensure the port remains viable. Building a new, innovative complex will strengthen the Woods Hole port community while advancing WHOI’s world-renowned marine and oceanographic research.

“Access to the sea is at the core of WHOI’s mission,” said Peter de Menocal, president and director at WHOI, “and our contributions to a global Blue Economy are intrinsically tied to the village of Woods Hole. This generous funding to help support the operations, design, and construction of our marine port and coastal research facility will ensure the region’s continued leadership in ocean science, marine operations, and the blue economy.”

Secondly, an amendment sponsored by Rep. Fernandes in the House and Senator Moran in the Senate secured $1 million to restore the Marine Biological Laboratory’s Waterfront Park seawall. The seawall is an essential piece of coastal infrastructure that enables the use of the scenic public recreational space overlooking Great Harbor and protects downtown Woods Hole from flood risks. It also serves as a vital link in the MBL’s seawater intake system for maintaining marine organisms.

Coastal storms have damaged the seawall and undermined its structure, and as storm intensity and sea level rise are exacerbated by climate change, the seawall must be restored to safeguard public space and protect the village from flooding. The MBL began repair work along 100 feet of the park’s seawall in fall 2022. This funding will help offset the cost of current work and enable phase II work to repair the remaining wall sections.

“The MBL is grateful for this assistance to repair the seawall in Waterfront Park, which is in need of major restoration due to age deterioration and cumulative storm damage,” said MBL Chief Operating Officer Paul Speer.  “Strengthening the seawall increases its resilience to coastal storms and flooding, and will provide for continued use and enjoyment of Waterfront Park by many,” said Speer, who is on the steering committee for Resilient Woods Hole, a private-public partnership to prepare the village for climate change impacts.

The legislation now awaits the Governor’s signature for final approval.