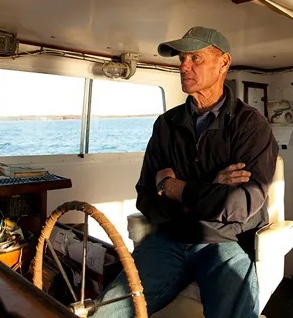 With sadness we share the passing of former MBL employee Captain Bill Klimm who died on October 27, 2022 at the age of 86. The MBL flag will be lowered in his memory.

Bill served as captain of the Gemma, the MBL's collecting vessel, for 23 years. He retired in 2018. As a young man Bill assisted his father, Henry, also a captain, on the MBL collecting vessels, the Loligo and later the Gemma. Previously a commercial fisherman, on the Gemma Bill transitioned to obtaining specimens, specifically the longfin inshore squid, for scientific research. In 2015, Nature profiled Bill’s work at the MBL as part of a series celebrating science’s unsung heroes.

Friends and family are invited to bid farewell to Captain Klimm at Chapman Funerals & Cremations, 475 Main Street, Falmouth on Monday, November 7, 2022. Visiting hours will be held from 9:30 until 11:30 AM followed by a memorial service at 11:30 AM. See obituary notice here.