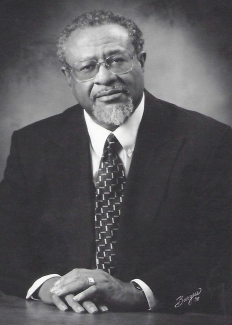 It is with sadness that we share the passing of MBL Society Emeritus Member and SPINES course co-founder James G. Townsel who died on June 22, 2020 at the age of 84. The MBL flag will be lowered in his memory.

Dr. Townsel co-founded the SPINES (Summer Program in Neuroscience, Excellence and Success) course with Dr. Joe Martinez in 1996. The two scientists co-directed the course, which trains students from backgrounds underrepresented in neuroscience to be leaders in the field, for the first 20 years of its existence. His personal commitment to providing educational opportunities to underrepresented minorities is reflected in the fact that he trained eight African American PhDs.

Dr. Townsel’s connection to the MBL spanned five decades. He first came to Woods Hole in the summer of 1971 as a charter member of an NIH-funded initiative titled Frontiers in Research and Teaching Program (FRTP). After completing a two-year postdoctoral fellowship with Ed Kravitz at Harvard Medical School, he accepted a faculty position at Meharry Medical College.  In 1974, he returned to the MBL as the coordinator of the FRTP program.  Among the FRTP recruits in that year was Joe Martinez.

From 1974 until 1986, Townsel’s career trajectory included a six year span, 1978-1984, where he served as an associate dean in the College of Medicine at the University of Illinois and the last four years as an associate vice chancellor. In 1984 he returned to Meharry Medical College to chair the Department of Physiology.  In 1986 he returned to the MBL where joined Joe Martinez in launching the forerunner of the SPINES course and returned year after year.

In lieu of flowers, donations may be made to: The Dr. Joe L. Martinez, Jr. and Dr. James G. Townsel Endowed Lectureship in SPINES or sent by check with Martinez-Townsel lecture in the memo line to: MBL Development, Candle House – 2nd Floor, 7 MBL Street, Woods Hole, MA 02543.