It is with sadness that we share news of the passing of MBL Society Emeritus member Jewel Plummer Cobb who died on January 1, 2017 at the age of 92.  Dr. Cobb, who suffered from Alzheimer’s disease, had been living in Maplewood, NJ. The MBL flag will be lowered in her memory.

Dr. Cobb grew up in Chicago, the granddaughter of a freed slave.  Her association with the Marine Biological Laboratory began in 1949 when she was appointed an independent investigator while pursuing her Ph.D. at New York University.  Dr. Cobb began spending summers in Woods Hole, and eventually bought a summer home.  She served on the MBL Campaign Steering Committee from 1997 to 2000 and was a library reader in the late 1990s and early 2000s. She became a MBL Society member in 1972 and was named an Emeritus member in 2007.

Dr. Cobb was the president of Cal State Fullerton (1981-1990) and was recognized as the first African American female president of a major public university in the western United States.  Before becoming an administrator, Dr. Cobb worked as a cell biologist studying the relationship between melanin and skin damage, and the effects of hormones, ultraviolet light, and chemotherapy agents on cell division.  She was the recipient of several honorary doctorates and awards, was a member of the National Academy of Medicine and, in 1993, received a Lifetime Achievement Award from the National Academy of Sciences.

Dr. Cobb was especially encouraging and helpful to young women who wanted to pursue a career in science and was a supporter of equal access to educational and professional opportunity.

Dr. Cobb is survived by her son, Roy Jonathan Cobb; granddaughter, Jordan; and daughter-in-law Suzzanne Douglas. Services are pending. In lieu of flowers, donations can be made to the Jewel Plummer Cobb Scholarship Endowment, payable to the Cal State Fullerton Philanthropic Foundation, Account #92010. Mail to 2600 Nutwood Ave., Suite 850, Fullerton, CA 92831.

An obituary published in the Orange County Register is available here. 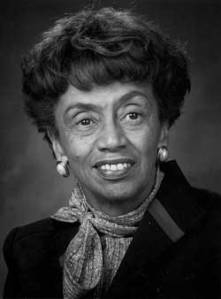