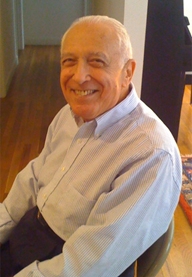 It is with sadness that we share the passing of MBL Society Emeritus member Leonard Laster who died on October 24, 2020 at the age of 92. The MBL flag will be lowered in his memory.

In 1962, his research brought him to the MBL and he remained an active part of the community for nearly six decades. Dr. Laster was a member of the MBL’s Council of Visitors and later the MBL Council. He contributed to the creation of the MBL Falmouth Forum and chaired its planning committee for 10 years. During that time he was instrumental in bringing well-known, intellectually stimulating speakers to the local community.

Burial will be private, and a community celebration of life will follow at a later date.

Dr. Leonard Laster, leader in healthcare transformation and former Vice President & Dean of Downstate Medical Center, President of the Oregon Health Sciences University and Chancellor of UMASS Worcester, died on October 24, 2020 at the age of 92.

Dr. Laster, born in the Bronx in 1928, was a child of the Great Depression with an innate drive and a passion to improve the world through science. Throughout his youth, his family struggled to find a better life at a time of global turmoil in New York and for a time in Istanbul, Turkey where he attended the English School for Boys. He enrolled in his cherished Bronx High School of Science at age 11, Harvard College at age 15, where he graduated in two years, class of 1948, and graduated from Harvard Medical school in 1950. It was during his formative years where he developed his passions for theater, literature, and science.

He took his clinical internship and residency in medicine at the Massachusetts General Hospital, Boston, 1950-53 and a fellowship in gastroenterology 1958-59. As a call to service, he enlisted in the United States Public Health Service in 1954 as a Lieutenant and advanced through grades to assistant surgeon general (Rear Admiral).

He was deeply committed to the power of basic research and to the role of medicine in changing lives. To that end, he served at the National Institutes of Health, Bethesda, Maryland., 1954-1973. While at the NIH, he served as the Chief of the Section on Gastroenterology of the National Institute of Arthritis and Metabolic Diseases and made significant contributions to the field of gastrointestinal and metabolic disease including his research on celiac disease and his discovery of the biochemical pathway for the inborn disease of alkaptonuria.

In 1962, his research agenda brought him to the Marine Biological Laboratory in Woods Hole, MA where he furthered his scientific work, was a member of the MBL Society and developed a lifelong love of the MBL, Woods Hole and its truly unique community.

During his NIH years, he strove to have an impact nationally and was asked by the White House and NIH to represent the medical viewpoint in the President’s Office of Science and Technology where he worked to shape national health science policy, 1969-1973.

With a strong desire to give back and to shape the future of medicine, he joined the ranks of academic healthcare leadership and in 1974 become Vice President and Dean of The College of Medicine, Downstate Medical Center, 1974-78. In 1978 he became President, Oregon Health Sciences University (OHSU) and in 1987 he became Chancellor, UMASS Medical Center. It was during his OHSU years where he built strong bridges bringing together industry, academia and government. With the support and friendship of Howard Vollum (founder of Tektronix) and Senator Mark Hatfield, he led the creation of the Vollum Institute and placed Portland at the center of advancements in biomedical research.

Never one to rest, in his later years and after moving back to his beloved Woods Hole, he continued to give back through authorship writing “Life After Medical School” as means of helping young people chart a career in medicine. He contributed to the creation of the MBL Falmouth Forum bringing the community closer to science and policy. He was a frequent columnist in the Falmouth Enterprise where he shared musings about life in a small-town focused on science, the Cape Cod Times, and occasional editorials in the Boston Globe.

During his entire professional career, he was driven by four primary themes: harness science to help humanity, solve the difficult problems, drive towards excellence and give back to others.

While his professional accomplishments were many, his greatest joys in life were family, friends and the Woods Hole community. He is survived by Ruth Ann (Leventhal) Laster his beloved wife of 64 years who fortunately forgave him for being hours late on their first blind date and who become his lifelong best friend and partner. Together they built a remarkable family and created a strong network of friends. They enjoyed hosting play readings and salon groups where they would explore the issues of the day. Later in life, he returned to Harvard as an active member of the Harvard Institute for Learning in Retirement where he participated in courses and shone in his performance as King Lear.

In addition to Ruth Ann, he is survived by his children, children in-law and grandchildren: Judith Laster (Brookline and Woods Hole); Susan, Terry, James and Daniel Laster-Little (Brookline and Woods Hole); Stephen, Debi, Ben and Abby Laster (Wellesley and Woods Hole). He took immeasurable pleasure in his children, and grandchildren and above all his lifelong love and adoration of his wife. His children and grandchildren delighted in his puns and wordplay and the warmth of his hugs. He was a feminist before his time, insisting that his wife pursue her professional ambitions as a teacher and continue on to get her master’s in education at Harvard and begin a Doctoral degree at Fordham University. In Ruth Ann’s retirement she returned to her love of painting and he was her biggest supporter.

His hope was, through science, to leave the world in a better place and to give generously to his family, friends and neighbors. He will be missed by many and remembered eternally. His burial will be private, and a community celebration of life will follow at a later date.