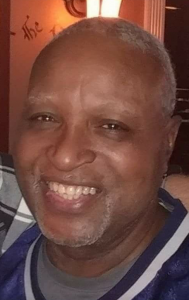 It is with sadness that we share news of the passing of Napoleon “Mac” McCall, Jr., a long-time Sodexo employee based at the MBL who died on February 19, 2018 after a short illness. Mac was an invaluable part of the MBL and Sodexo team and was a friendly face for those that would visit year after year. The MBL flag has been lowered in his memory.

Mac started his career at the Woods Hole Oceanographic Institution in 1976 prior to enlisting in the US Army. After completing his service as an Army Drill Sargent, Mac returned to WHOI as a bartender and to support conferences. In 1994 he joined the MBL’s Sodexo team as a bartender. During his almost quarter of a century at the MBL Mac officially and unofficially filled every role in the kitchen—from bartender, to cook, to catering chef, to senior cook.

Regardless of what title Mac had he always took it upon himself to make sure MBL students, faculty, and staff had the best experience possible and was always willing to go the extra mile. He left an impression on so many, from opening speeches every year with the SES students, to Mac’s famous black bean cakes that conferences still ask for decades later. He was repeatedly thanked by name in emails and student surveys for his level of service and attention to detail.

He is survived by his wife, Olimpia and his children, Tomia, Vanessa, and Leon and extended family.

If you are interested in providing food or serving during the fellowship time, please contact the church at office@falmouthbaptist.com or call (508) 548-3260.

Internment will take place on Friday, March 2 at 10 AM at National Cemetery, Bourne, MA, with full honors. The public is invited to attend this brief service.

An obituary published in the Cape Cod Times can be viewed here.