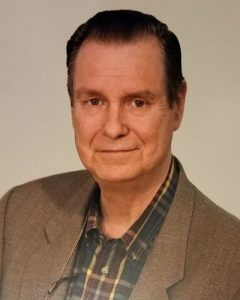 MBL Society Emeritus Member Raymond Lipicky passed away on February 16, 2018 at the age of 85. Dr. Lipicky was a Whitman Scientist at the MBL for more than 20 years, working on squid axon research.

The following is an obituary written by one of Dr. Lipicky’s Woods Hole colleagues, Harvey M. Fishman, Professor (Retired) of Neuroscience and Cell Biology at the University of Texas Medical Branch, Galveston. Per his family’s wishes, gifts to the MBL Annual Fund can be made in Ray’s memory.

Ray Lipicky was a distinguished pharmacologist who had a long and varied career. He received his M.D. at the University of Cincinnati and did residencies at Barnes Jewish Hospital in St. Louis, and Strong Memorial Hospital in Rochester, NY, where he also did a Cardiology Fellowship. Ray had a keen interest in muscle pathology and in particular muscular dystrophy, collaborating with Shirley Bryant at the University of Cincinnati on myotonia. He was on the faculty of the University of Cincinnati College of Medicine (for 14 years) where he served as Professor of Pharmacology and Professor of Medicine and Director, Division of Clinical Pharmacology, at which time he joined the FDA. He served for a total of 23 years at the FDA, many as the Director of Cardiovascular and Renal Products, and was a recognized leader in the drug approval process. He was also a summer investigator and Society member for many years at the Marine Biological Laboratory in Woods Hole, Massachusetts.

During Ray’s career his interest in drug effects on nerves led to collaborations at the MBL with Dan Gilbert and Gerry Ehrenstein in which the squid giant axon became the prime preparation for elucidation of the action of various drugs on ion channel gating and kinetics. My own collaboration with Ray resulted from our sharing of a lab in the Whitman Laboratory for several years, which led to our combined effort to quantify the biophysical properties of potassium channels.

Ray was an ardent advocate of basic research and developed a strong interest and effort in computational methods for acquiring and analyzing experimental data at MBL. He cherished the summer investigator program and considered it the highlight of his yearly activities. Ray was a very kind and humble person who exemplified the investigative spirit for which the MBL is world-renowned.