WOODS HOLE, Mass. -- Marine organisms that don’t ply the ocean, but spend their lives rooted in one spot, have evolved impressive ways to capture prey. The sea anemone Nematostella, for instance, burrows into salt marsh sediments and stays there for life. And it has specialized ‘stinging cells’ that hurl toxins into passing prey, immobilizing the morsel so the anemone can snatch it with its tentacles.

New research from the Marine Biological Laboratory (MBL), however, finds that Nematostella’s growth, development, and feeding ability are drastically impacted by present levels of common pollutants - including plasticizers - found in one of its native habitats, the U.S. East Coast. 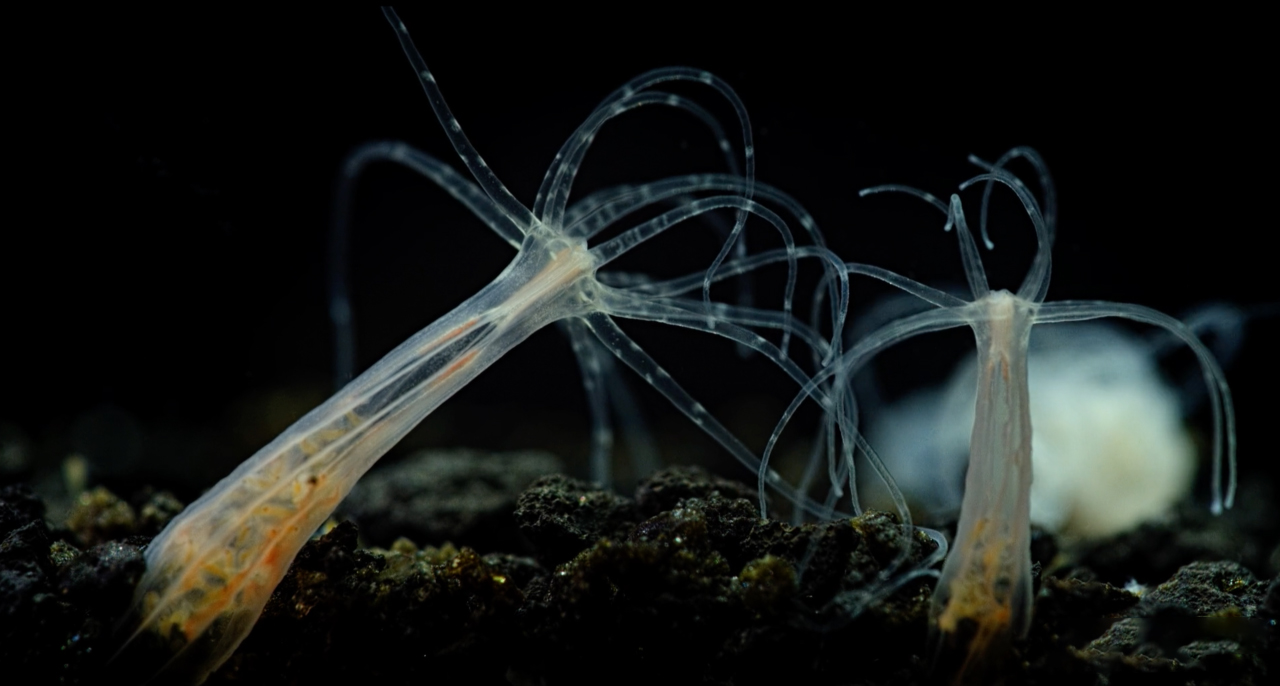 Native to the U.S. East Coast, Nematostella vectensis is an important research organism for fundamental studies in developmental, regenerative, and evolutionary biology. This is the first study to look at the impact of marsh pollutants on Nematostella’s growth, development, and microbiome. Credit: Marine Biological Laboratory/BioQuest Studios

“The numbers of Nematostella in the wild have been dramatically decreasing over time,” said senior author Karen Echeverri, associate scientist in the MBL’s Bell Center for Regenerative Biology and Tissue Engineering. This study pinpoints factors that threaten the species, which is already under protection in the United Kingdom.

The MBL team focused on phthalates (plasticizers), chemicals that are widely used in plastic packaging and other consumer products that wash into the ocean; and potassium nitrate, which enters marshes through runoff from lawn fertilizers.

When Nematostella embryos were exposed to phthalate and nitrate concentrations commonly found in coastal environments (1-20 µM), they showed a gross decrease in body size two weeks after exposure. The animals also had fewer tentacles, and the tentacles that did grow were misshapen or uneven in length or number. In addition, the pollutant-exposed animals had a severely reduced number of stinging cells (cnidocytes), which they use as a defense mechanism and to capture food. 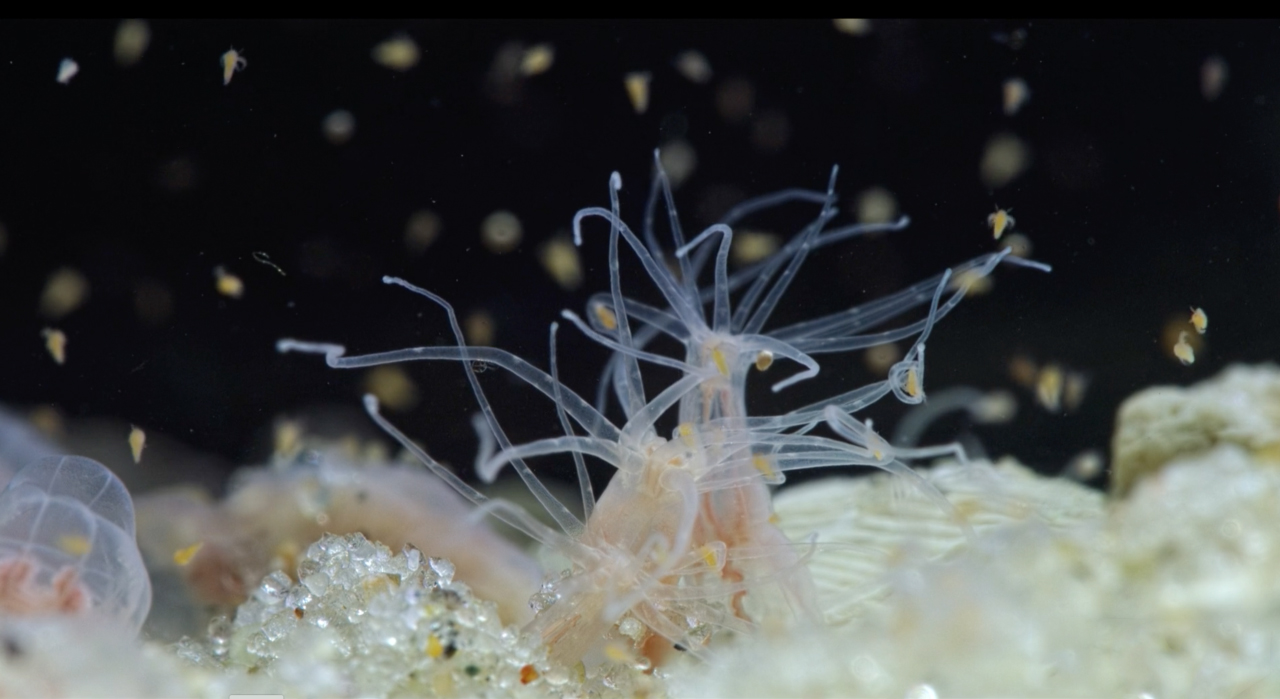 “At a certain point, the animals just die, because they can’t defend themselves or feed themselves properly,” said Echeverri.

Because Nematostella is sessile (stationary), it must constantly acclimate to environmental changes, such as temperature and salinity. “They have what we call adaptive plasticity; they are resilient to change,” Echeverri said. “But we think there is a limit to that resilience. And as you bring in more pollution, they reach that limit of resilience much faster.”

The study is unusual in that it integrates assessment of the pollutants’ impact on Nematostella’s microbiome. Led by MBL scientists Mitchell Sogin and Emil Ruff, the team sequenced the microbiomes of animals after 10 days of pollutant exposure.

“Certain classes of microbes became much more dominant after exposure,” said Echeverri. “How this affects the physiology of the animal, we don’t completely know yet.” 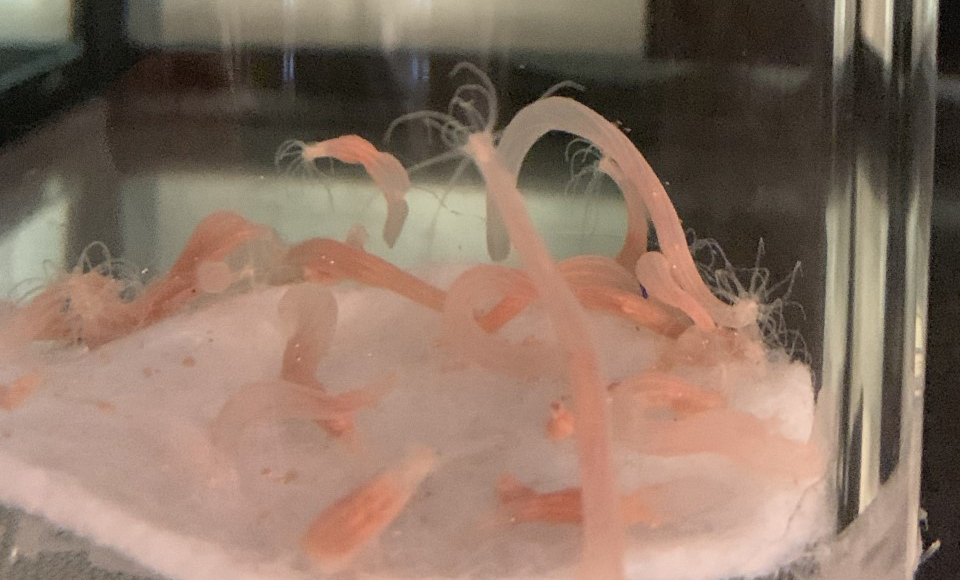 Shifts in the microbiome can serve as sentinels of change in the health of the host, as shown by prior studies in other animals, including corals and humans.

Other studies of the effects of phthalates on embryonic development in vertebrates, including frogs and zebrafish, identified defects in body growth similar to what was found in Nematostella. These include slower body growth and defects of cells in the ectodermal lineage (such as the cnidocytes). Impacts on the endocrine system and on fertility have also been documented in other species.