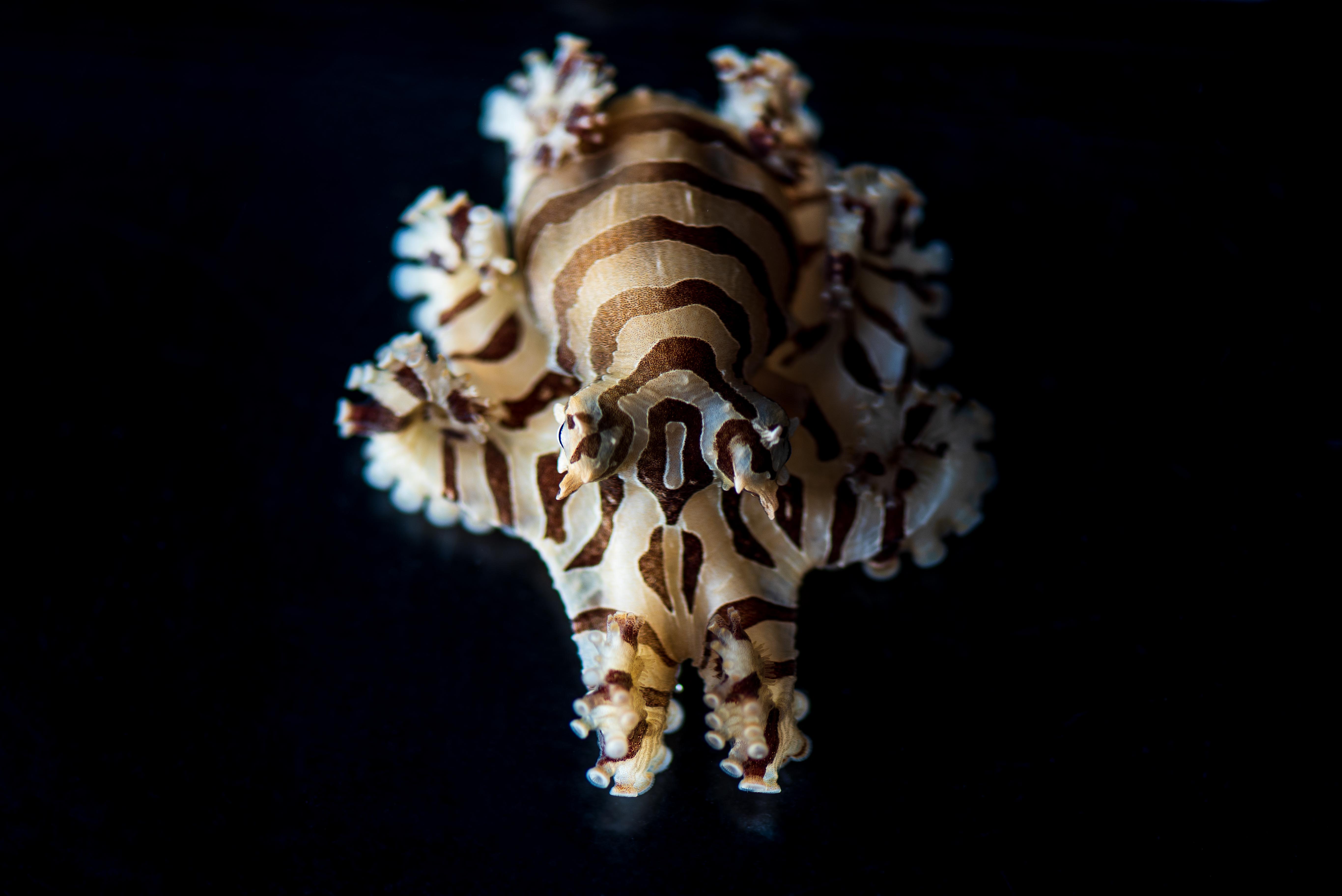 The tank looked empty, but turning over a shell revealed a hidden octopus no bigger than a Ping-Pong ball. She didn’t move. Then all at once, she stretched her ruffled arms as her skin changed from pearly beige to a pattern of vivid bronze stripes.

“She’s trying to talk with us,” said Bret Grasse, manager of cephalopod operations at the Marine Biological Laboratory, an international research center in Woods Hole, Mass., in the southwestern corner of Cape Cod.

The tiny, striped octopus is part of an experimental colony at the lab where scientists are trying to turn cephalopods into model organisms: animals that can live and reproduce in research institutions and contribute to scientific study over many generations, like mice or fruit flies do. Read the full story.

Source: The Search for a Model Octopus That Won’t Die After Laying Its Eggs | The New York Times