Now in its 35th year, the Logan Science Journalism Program provides journalists with immersive, hands-on research training, giving them invaluable insight into the practice of science as well as some of the major news stories of today. The program, which offers a Biomedical course and an Environmental course, will run May 31- June 11 in Woods Hole.

Biographies for the 2022 Logan Science Journalism Fellows are here. Some of the fellows were accepted in 2020 and are finally able to travel to Woods Hole! Others are new awardees this year. They are:

In honor of program’s 35th anniversary, a special guest will address the fellows on June 10 and participate in a question-and-answer session, which alumni of the program may virtually attend. The public will be invited to view via livestream. Details to come! 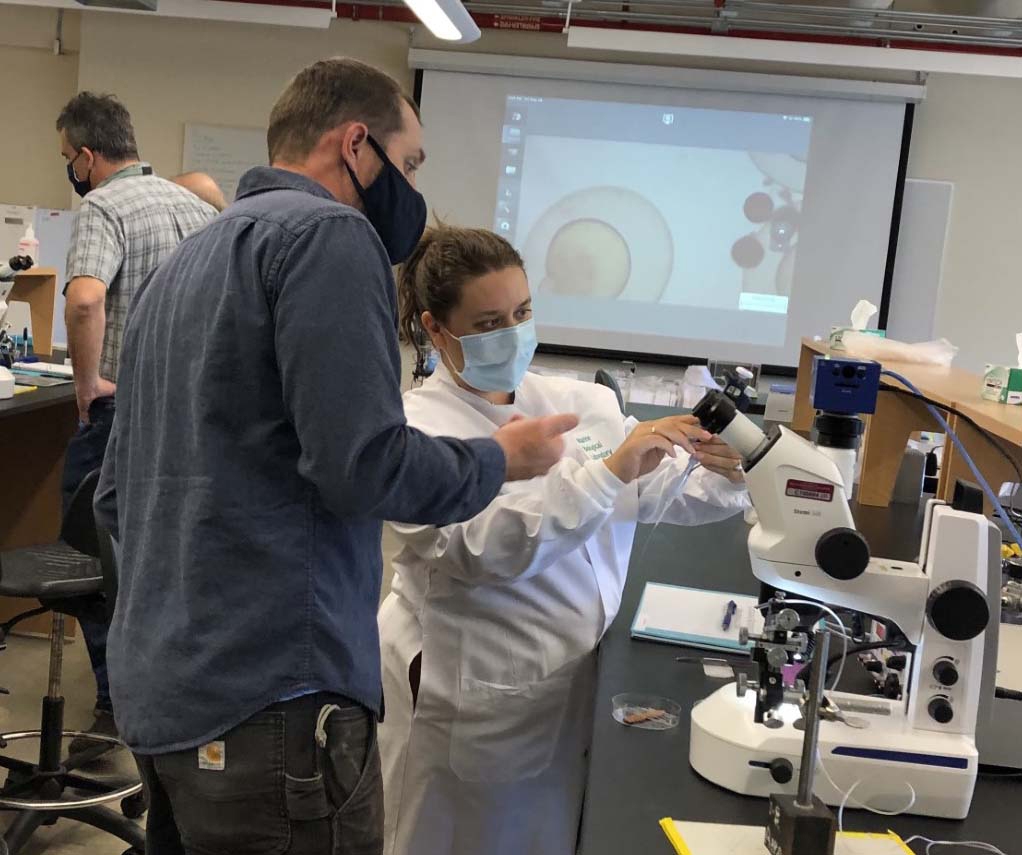 In the program’s Biomedical Hands-On Research Course, fellows learn fundamental techniques and approaches that underpin current biomedical science. Guided by senior scientists, they undertake pioneering technologies for imaging and analyzing the human microbiome; genome editing using CRISPR/Cas9; and DNA sequencing and analysis. They will also have ample opportunity to discuss concepts and innovations in biological and biomedical science with the program’s faculty.

In the Environmental Hands-On Research Course, fellows conduct field research at a barrier beach, salt marsh, and watershed ecosystem on Cape Cod. They discover the complex ways that added nitrogen alters coastal ecosystems, including their capacity to keep up with sea-level rise and impacts on marine life and coastal food webs.

All fellows collect, analyze, and interpret research data, which they present at a mini-symposium at the close of the fellowship. They also have opportunities to explore the rich scientific resources in Woods Hole.

The Biomedical Hands-On Research Course is co-directed by Jessica Mark Welch, Ph.D., associate scientist in the MBL’s Bay Paul Center, and Joshua Rosenthal, Ph.D., senior scientist in the MBL’s Bell Center for Regenerative Biology and Tissue Engineering. The course’s journalism advisor is Maryn McKenna, journalist, author, senior writer at WIRED, and Senior Fellow of the Center for the Study of Human Health at Emory University.