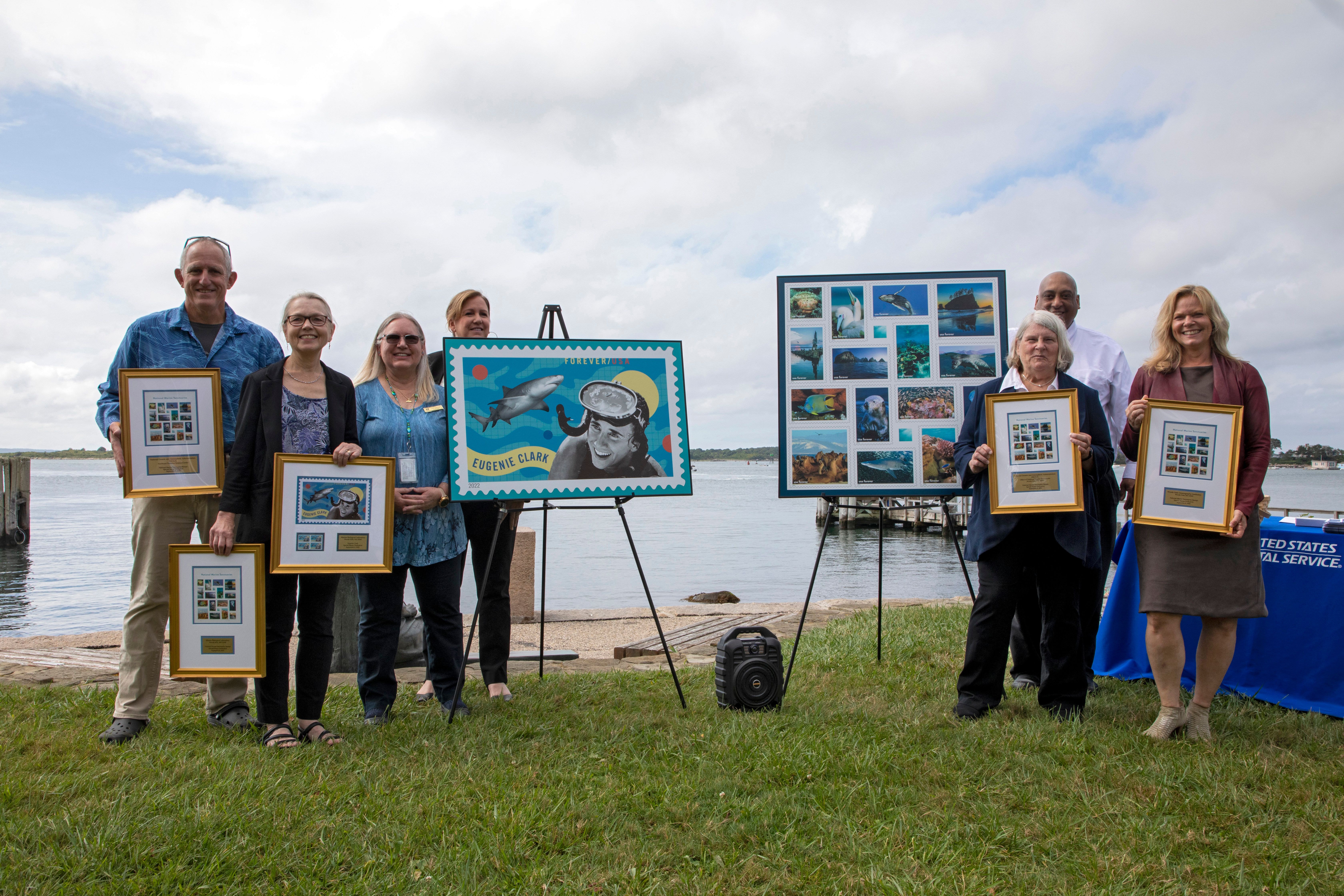 The MBL joined the U.S. Postal Service and our scientific neighbors the Woods Hole Oceanographic Institution (WHOI) and the National Oceanographic and Atmospheric Administration (NOAA) in a special ceremony in recognition of two new sets of Forever stamps honoring marine science.

Dr. Eugenie Clark nicknamed "The Shark Lady" was a world authority on sharks and fish. In addition to being regarded as an authority in marine biology, Clark worked tirelessly to improve sharks' reputation in the public eye and promote marine conservation. She was also an MBL alumna. During her years of graduate study, Clark carried out research at several marine stations and  spent the summer of 1948 in Woods Hole as a student in the Marine Biological Laboratory Embryology course. 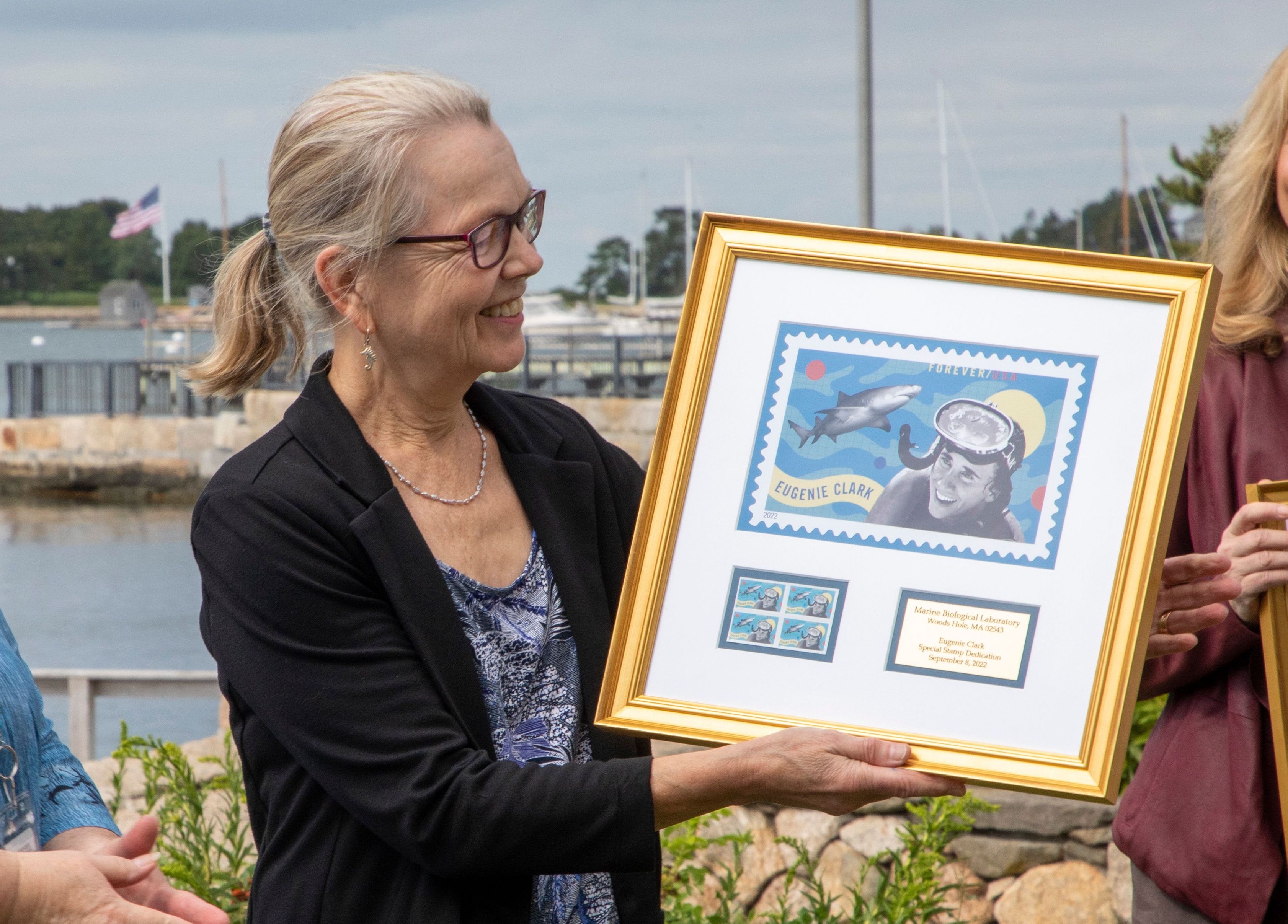 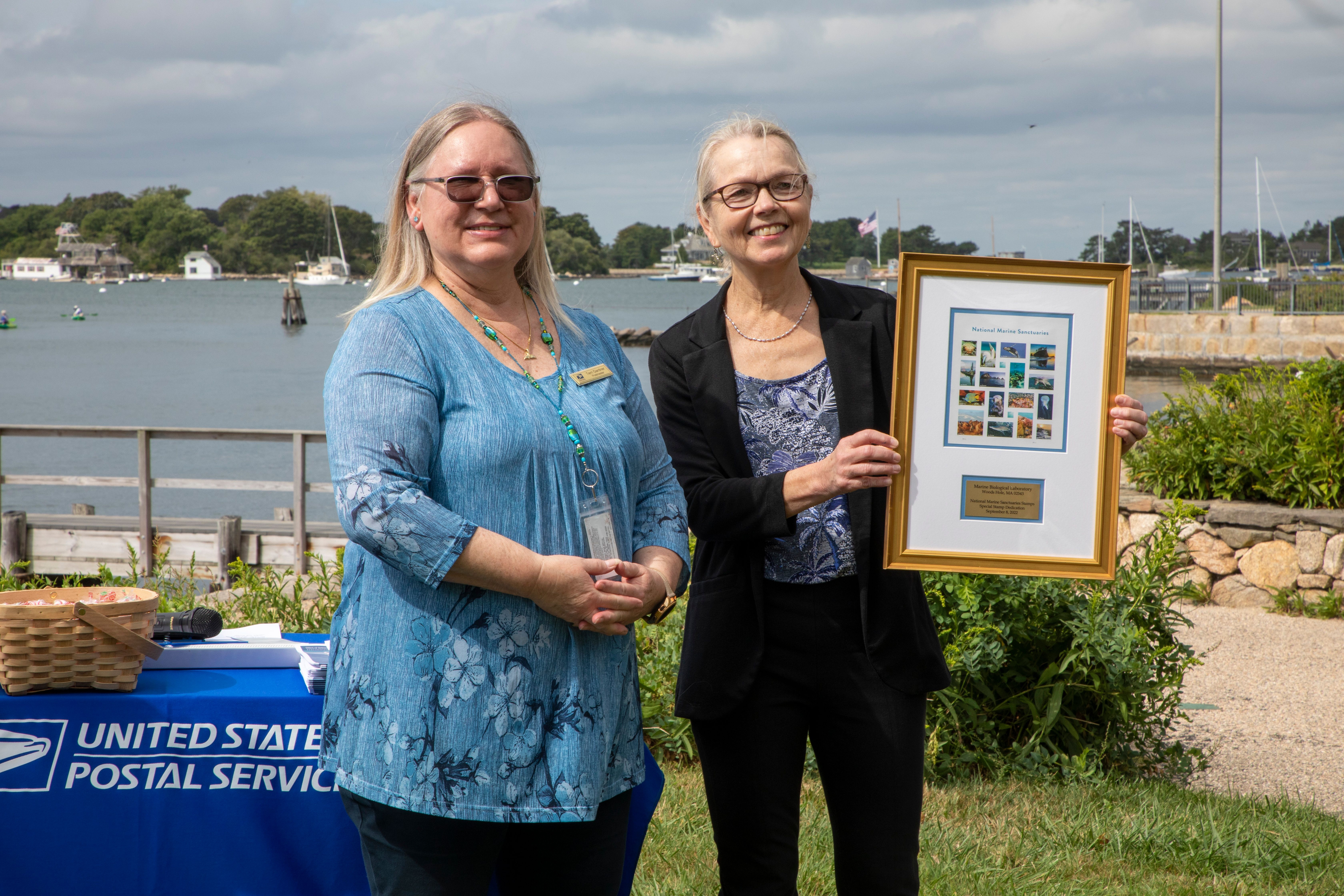 During its long history, the MBL has been a source of inspiration for generations of women in science—from Cornelia Clapp, who helped found the institution, and Rachel Carson, the mother of the modern environmental movement, to the thousands of female students who have studied in Woods Hole during the last 130+ years.

“The MBL is proud to count Eugenie Clark as one of our alumni and thanks the U.S. Postal Service for recognizing her contributions to science and the trails she blazed for women in science,” said Sylvester.

Since the MBL’s founding in 1888 the rich marine life—from microbes and plankton to squid and coral—found in and around the waters of Woods Hole and Cape Cod have drawn scientists from around the world to study here. Our local marine sanctuary, Stellwagen Bank, has played an important role for MBL scientists for decades.

Exploring life in the oceans will have profound effects on our understanding of biology and its applications to our own health and wellbeing and the National Marine Sanctuary System plays an important role in ensuring that our ocean ecosystems are protected.