125 Years of Trying to Understand Organisms Better | The Biological Bulletin

Note: The Biological Bulletin, one of the first scientific journals in the United States, was first published in 1899 under the auspices of the Marine Biological Laboratory (MBL) with Charles O. Whitman, the MBL's founding director, as editor. After more than a century of MBL-based publication, the journal's office moved to University of Chicago Press in the late 2010s, where it continues to be published in association with the MBL.

Happy anniversary! This issue of The Biological Bulletin marks the 125th anniversary of the journal. ...Importantly, the Bulletin, from the beginning, has spanned the general interest of biology, with a preference for hypothesis-driven research centered on organismal questions. ...

As with any journal, the story is between the pages, whether paper or electronic; and this journal has had a plethora of stories over the past 125 years. In this regard, for this issue several editors on our board have kindly provided retrospective editorials for some of the key disciplines represented in the Bulletin. These short pieces focus on neurobiology, by Chuck Derby; symbiosis, by Virginia Weis; echinoderms, by Lou Burnett; and larvae, by Richard Emlet. In reading these pieces, and upon perusing the journal, I was humbled to see just how much science has changed over the years and just how much the questions have remained the same.  Read rest of the article here.

With this issue, The Biological Bulletin introduced its new logo, depicting the horseshoe crab, an iconic organism from the Woods Hole region and the subject of many articles in the journal over the years. The new logo was designed by UChicago Creative. 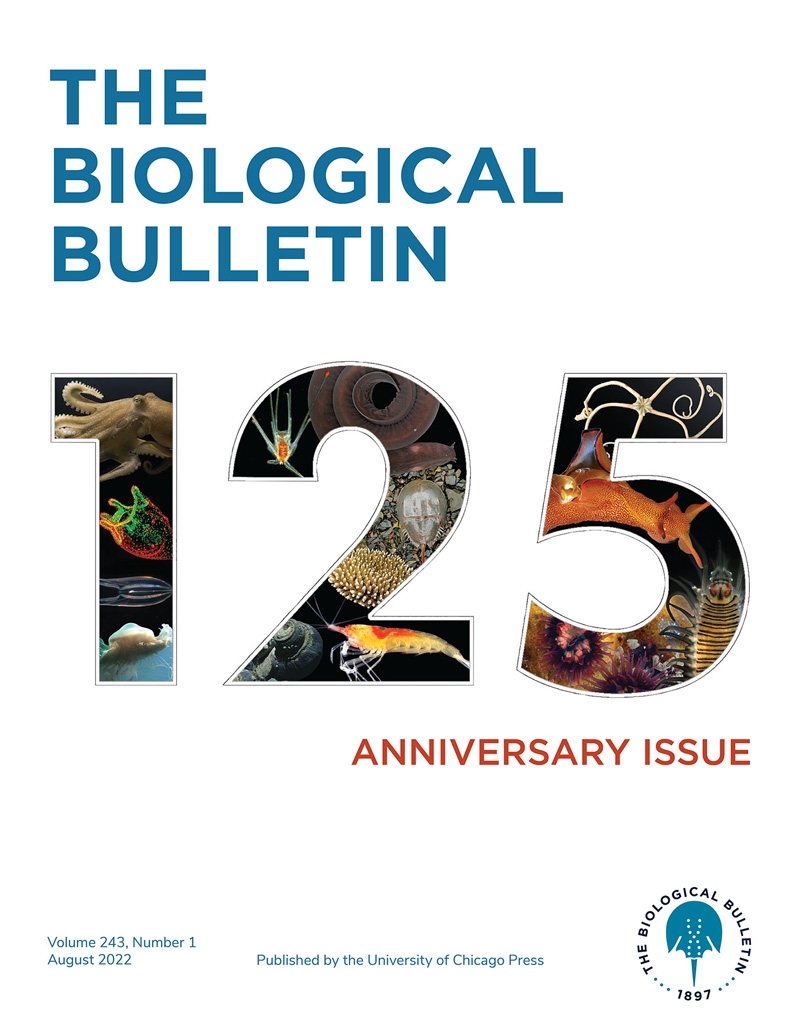 Cover of the 125th Anniversary Issue of The Biological Bulletin, August 2022.