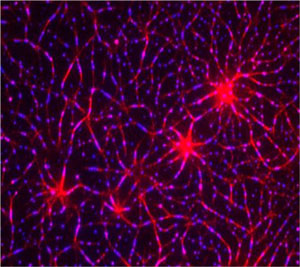 WOODS HOLE, Mass.— The front line of the human immune system is made up of T-cells: white blood cells that circulate in the body and scan for foreign invaders and infections. If a T-cell surface receptor detects a threat during its surveillance, it relays a signal to the interior of the cell and activates it to attack.

Once this crucial “call of duty” is heard in the cell, how the signal is relayed through a series of proteins to activate the cell’s immune response is clarified in a new paper in Science by a team working at the Whitman Center of the Marine Biological Laboratory (MBL) in Woods Hole.

By successfully re-creating a T-cell receptor signaling pathway independent of the cell itself, the scientists gained novel insights into how protein signaling works in a complex cellular process.  (See video below).

“We focused on one T-cell receptor signaling pathway involving 12 different proteins, but what we discovered is probably reflective of the way other signaling pathways happen in the cell, as well,” said co-author Ron Vale, a Howard Hughes Medical Institute (HHMI) investigator at the University of California, San Francisco and a Whitman Center scientist. The study, supported by HHMI, was performed by scientists from several institutions who convene at the MBL to work collaboratively.

Their study revealed “a very important self-organization of the protein molecules in the signaling pathway, where they end up clustering to form dense structures in which the proteins are talking to one another,” Vale said. The protein molecules separate into structures by a process similar to phase separation of oil and water, he said. “That spatial organization seems to be very important for the efficiency of the signaling pathway.”

“It’s very important that we could conduct this research at MBL,” Vale said. “This reconstitution was a complicated undertaking that was beyond what any single lab could do. At MBL, we could bring all these labs together with different expertise to make it work.”