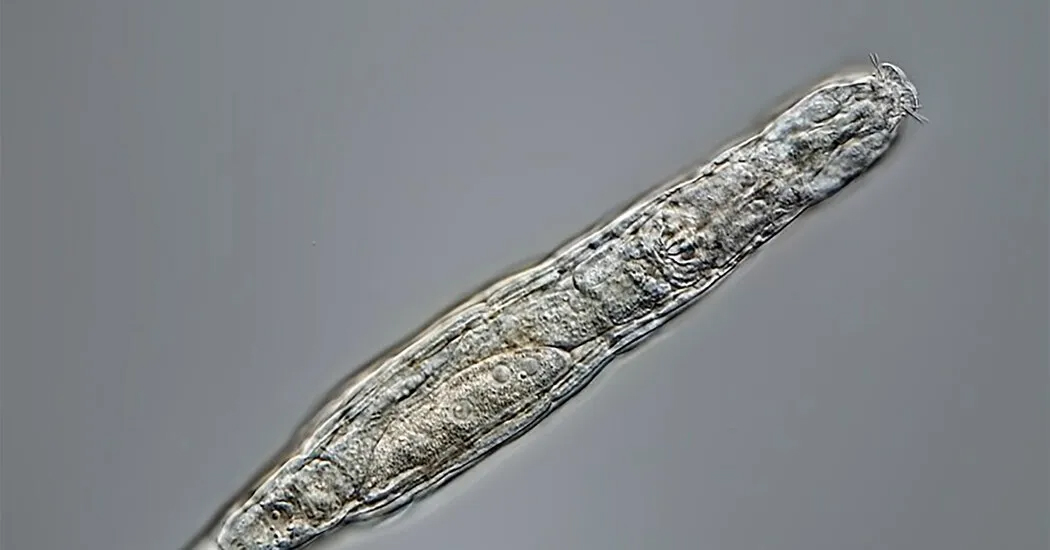 MBL's Kristin Gribble, who studies the rotifer to explore the biology of aging, comments in this article.

Bdelloid rotifers may be the toughest, tiniest animal you’ve never heard of.

The microscopic, multicellular creatures have complex anatomies and are one of the planet’s most radiation-resistant animals. They can withstand extreme acidity, starvation, low oxygen and years of dehydration.

“They’re the world’s most resistant animal to just about any form of torture,” said Matthew Meselson, a molecular biologist at Harvard University.

Bdelloids can also come back to life after tens of thousands of years in deep freeze, according to a study published Monday in the journal Current Biology. Bdelloids are one of a handful of teensy creatures, including tardigrades, that are known to survive incredibly inhospitable conditions. The new findings also show such robust micro-animals can endure extreme durations of suspended animation as well.