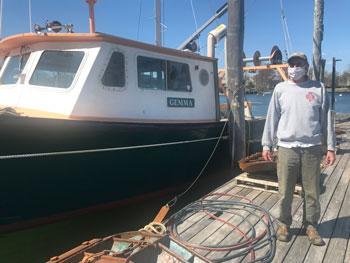 MBL Senior Captain Bill Mylett in March doing maintenance on The Gemma, which since October 1 is designated a research vessel.

The MBL’s vessel The Gemma this month was officially designated as an oceanographic research vessel (R/V) by the U.S. Coast Guard. Previously, it was classified as a private boat.

“The R/V designation is voluntarily, but it clarifies the purpose of the vessel,” says Senior Captain/MBL Marine Operations Supervisor Bill Mylett.

The Gemma was built in 1981 to serve as a collecting boat for squid and other research organisms. Over the years, its use for educational purposes has grown significantly, with 35-45 student trips now taken in a typical year. The R/V designation, which stipulates that the people on board the boat are either doing oceanographic research or receiving instruction in the same, better aligns the vessel's classification with its purposes. 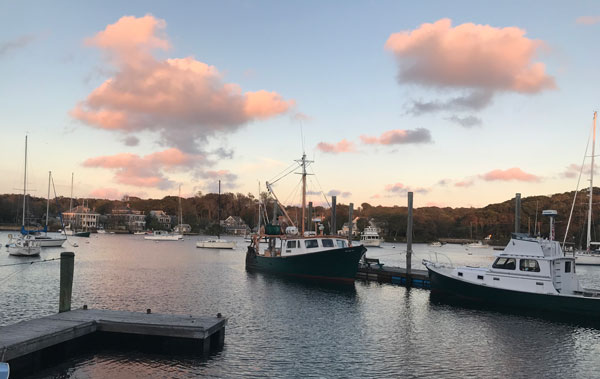 The Gemma, center, on Eel Pond. Photos by Diana Kenney