Getting Inside the Head of the Cuttlefish, Master of Disguise | Columbia News 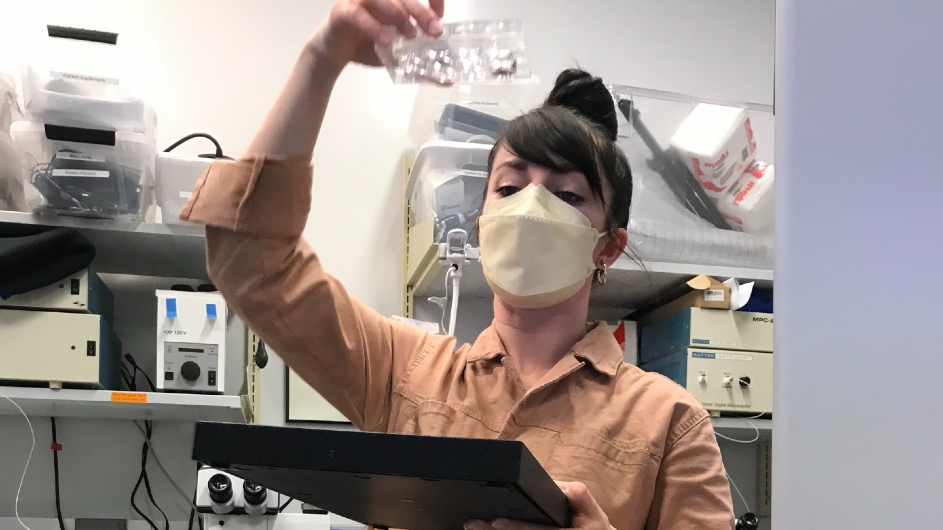 Tessa Montague is an alumna of the 2017 MBL Embryology course and was a Grass Fellow at MBL in 2018.

Tessa Montague, a postdoc in Richard Axel’s lab at Columbia’s Zuckerman Institute, studies the neural basis of camouflage in cuttlefish, a cephalopod related to squid and octopuses. Columbia News recently spoke with Montague about what she hopes to learn from a creature that hides in plain sight by changing the patterns on its skin, and what goes into creating new tools for studying the brain of an emerging model organism.

Q. What about cuttlefish grabbed you?

A. They’re mollusks, so they’re most closely related to clams and snails. Yet they have the largest brains of all the invertebrates. They can do problem solving, learning, and memory. They have three hearts, blue blood, and can regenerate their arms. But what’s truly most amazing is their ability to camouflage within milliseconds by changing both the color and the texture of their skin. Color change is controlled by the brain!

Q. This has not been an easy undertaking. You’ve had to learn how to breed cuttlefish and develop unique experiments to study their intelligence. Why go to all this effort?

A. During my PhD I attended a lot of seminars, and there was a theme to my favorite talks: they were given by scientists who were asking big questions in new model organisms, such as aging in killifish, navigation in bats, and the origin of multicellularity in choanoflagellates. I decided that if I could ask a big question by studying an unusual creature, I could carve out a niche for my career, have greater freedom, and be more creative. When I discovered cephalopods, specifically cuttlefish, and realized they had so many fascinating behaviors and you could breed them in the lab, I knew this was it.

Read more: The Cuttlefish Is a Master of Disguise. Tessa Montague Wants to Get Inside Its Head. | Columbia News