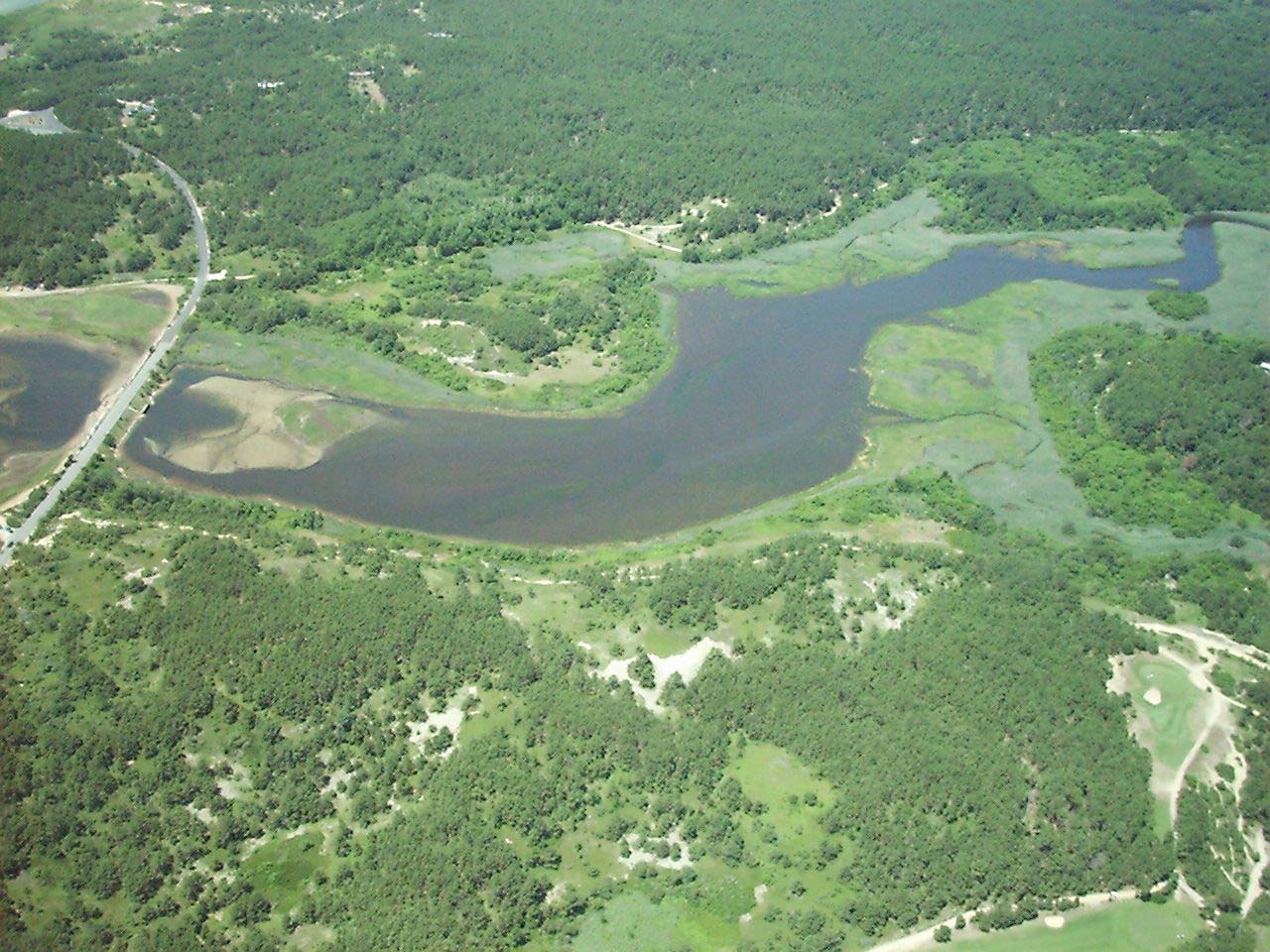 Emissions of methane, a greenhouse gas, are lower in wetlands that don't have dams or other infrastructure and have higher salinity, scientists report. Lower Herring River in Wellfleet, above, was one of the study sites. Credit: Cape Cod National Seashore
By Matthew Tomlinson | CapeCod.com September 15, 2022
Full Name
Jianwu (Jim) Tang

WELLFLEET – A recent study led by the U.S. Geological Survey has provided valuable insights regarding the role of coastal wetlands in mitigating climate change.

The study examined the impact of infrastructure such as dams, dikes and roadways on coastal wetlands by examining impacted and unaffected areas in Herring River in Wellfleet and Sage Lot Pond in Mashpee and found that human development was connected to higher methane levels and lower salinity in coastal environments.

The findings indicate that methane emissions are significantly lower in wetlands with higher salinity and those unaffected by coastal hydrology management.