Woods Hole, MA—A. Paul Alivisatos, President of The University of Chicago, has been named chair of the Marine Biological Laboratory (MBL) Board of Trustees. He succeeds Robert Zimmer, who served as Chair of the MBL Board since 2014. The MBL has also elected three new members: Susan M. Fitzpatrick, Catherine E. Hibbitt, and Brien O’Brien. They began their four-year terms on July 1, 2022. 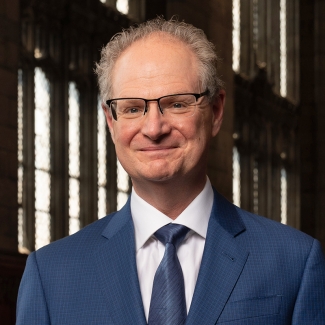 Paul Alivisatos is the 14th President of the University of Chicago. As President of the University, he serves as Chair of the Board of Governors of Argonne National Laboratory and Chair of the Board of Directors of Fermi Research Alliance LLC, the operator of Fermi National Accelerator Laboratory. He is also the John D. MacArthur Distinguished Service Professor in the Department of Chemistry, Pritzker School of Molecular Engineering, and the College. Alivisatos previously served as the Executive Vice Chancellor and Provost of the University of California, Berkeley where he was also the Samsung Distinguished Professor of Nanoscience and Nanotechnology, founding Director of the Kavli Energy Nanoscience Institute, and from 2009-2016 served as Director of the Lawrence Berkeley National Laboratory. He was a member of Berkeley’s faculty from 1988-2021 and held several administrative roles, including Vice Chancellor for Research. A preeminent scientist and entrepreneur, Alivisatos has made pioneering research breakthroughs in nanomaterials and founded two prominent nanotechnology companies. Alivisatos received a B.A. in chemistry from the University of Chicago and his Ph.D. in chemistry from Berkeley. He is a member of the National Academy of Sciences, the American Academy of Arts and Sciences, and the American Philosophical Society. 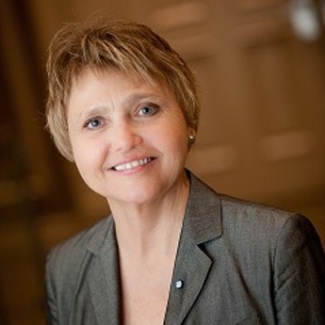 Susan M. Fitzpatrick is President of the James S. McDonnell Foundation, which supports scholarly pursuits in fields such as human cognition and complex systems that hold promise and potential for future generations. Fitzpatrick joined The McDonnell Foundation in 1993 as its first Program Officer, was promoted to Program Director in 1997, to Vice President in 2000, and to President in 2015. She was previously Executive Director of the Brain Trauma Foundation (1992-1993) and Associate Executive Director of the Miami Project to Cure Paralysis (1989-1992). She is an adjunct associate professor of Neuroscience and Occupational Therapy at Washington University School of Medicine (St. Louis) teaching neuroscience and is a voluntary faculty member at the Center for Biology and Society, School of Life Sciences at Arizona State University. Fitzpatrick is an elected Fellow of the American Association for the Advancement of Science and the Association for Women in Science. She received her Ph.D. in biochemistry and neurology from Cornell University Medical College and pursued post-doctoral training at Yale University. 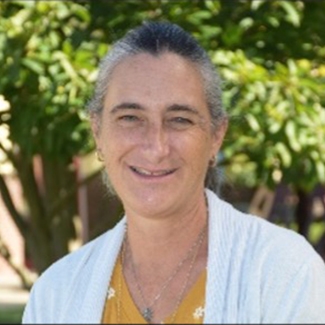 Catherine Hibbitt recently retired after 25 years as a Middle and Upper School Science teacher at Lincoln School in Providence, Rhode Island. During her career at Lincoln, she served on numerous committees and was Head of the Science Department for six years, overseeing science faculty, curriculum development, and serving as the department liaison for a major science wing renovation. Hibbitt earned recognition for her teaching accomplishments, including being one of two high school teachers selected to the National Biology Teachers Association educational delegation to Peru, a national Toyota Tapestry Grant, an Amgen Award for Teaching Excellence, and a National Biology Teachers Association Outstanding Teachers Award. Hibbitt completed her undergraduate degree in biology and english at Cornell University and she earned her DVM at the University of Minnesota. Influenced by her attendance and teaching at the Children's School of Science in Woods Hole, Hibbitt later pursued and earned a Master's degree in Teaching Arts from Brown University. Hibbitt is the fourth generation in her family, and the first woman, to serve on the MBL’s Board of Trustees. 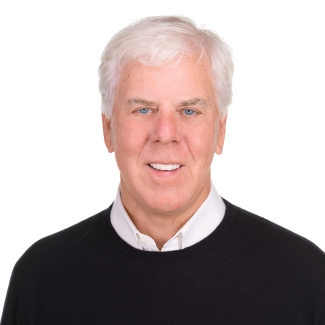 Brien O’Brien is the chairman and chief executive officer of Port Capital, a global asset management firm based in Chicago. Prior to establishing Port Capital in 2015, O’Brien co-founded and spent 25 years as Chairman and CEO of Advisory Research, Inc., a $12.5 billion investment management firm based in Chicago. O’Brien also serves as the chair of the Board of the University of Chicago Medical Center and is trustee of the University of Chicago. Additionally, he serves as vice chair of the Board of Directors at the de Beaumont Foundation, as a trustee at Boston College, and as a board member and past president of the Sheriffs Meadow Foundation.  O’Brien and his wife Mary live in Chicago and Martha’s Vineyard. O’Brien graduated with honors from Boston College.