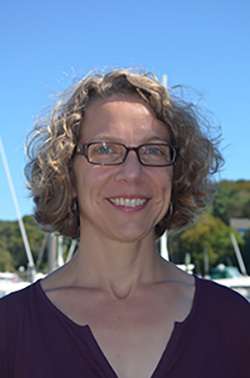 Gribble is studying the rotifer, a microscopic aquatic zooplankton, to explore the evolution and genomics of aging processes. Her work has been important in establishing the rotifer as a new model system for aging research.

“Kristin is a very promising early investigator who brings a unique combination of ecology and molecular biology to a long-standing question: Why do we age?” says David Mark Welch, director of the MBL’s Bay Paul Center and one of Gribble’s mentors for this research award.

Gribble has already shown that reducing the calorie intake of rotifer mothers extends the lifespan of their young. The NIH grant will allow her to further explore whether the lifespan benefits of caloric restriction on aging are transmitted across multiple generations, and what the genetic mechanisms are that convey information about the mother’s environment to determine the fitness of her offspring. 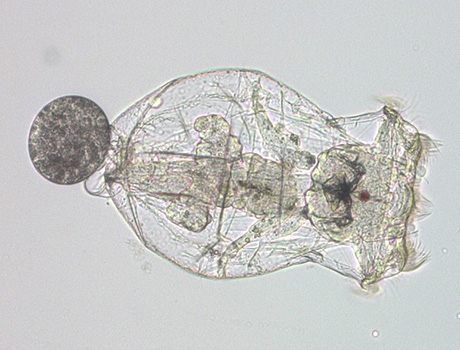 “This project will be among the first to identify the mechanisms of beneficial maternal effects on offspring health and aging, providing a fruitful new avenue of research,” Gribble says.

These NIH awards to early-career investigators provide “support and protected time for an intensive, supervised career development experience,” according to the NIH.

Gribble earned her Ph.D. degree in the M.I.T./W.H.O.I Joint Program in Oceanography/Applied Ocean Science and Engineering and joined the MBL in 2009 as a postdoctoral scientist in Mark Welch’s lab. She was appointed to the MBL faculty in 2014.