A New Cell Atlas on the Block 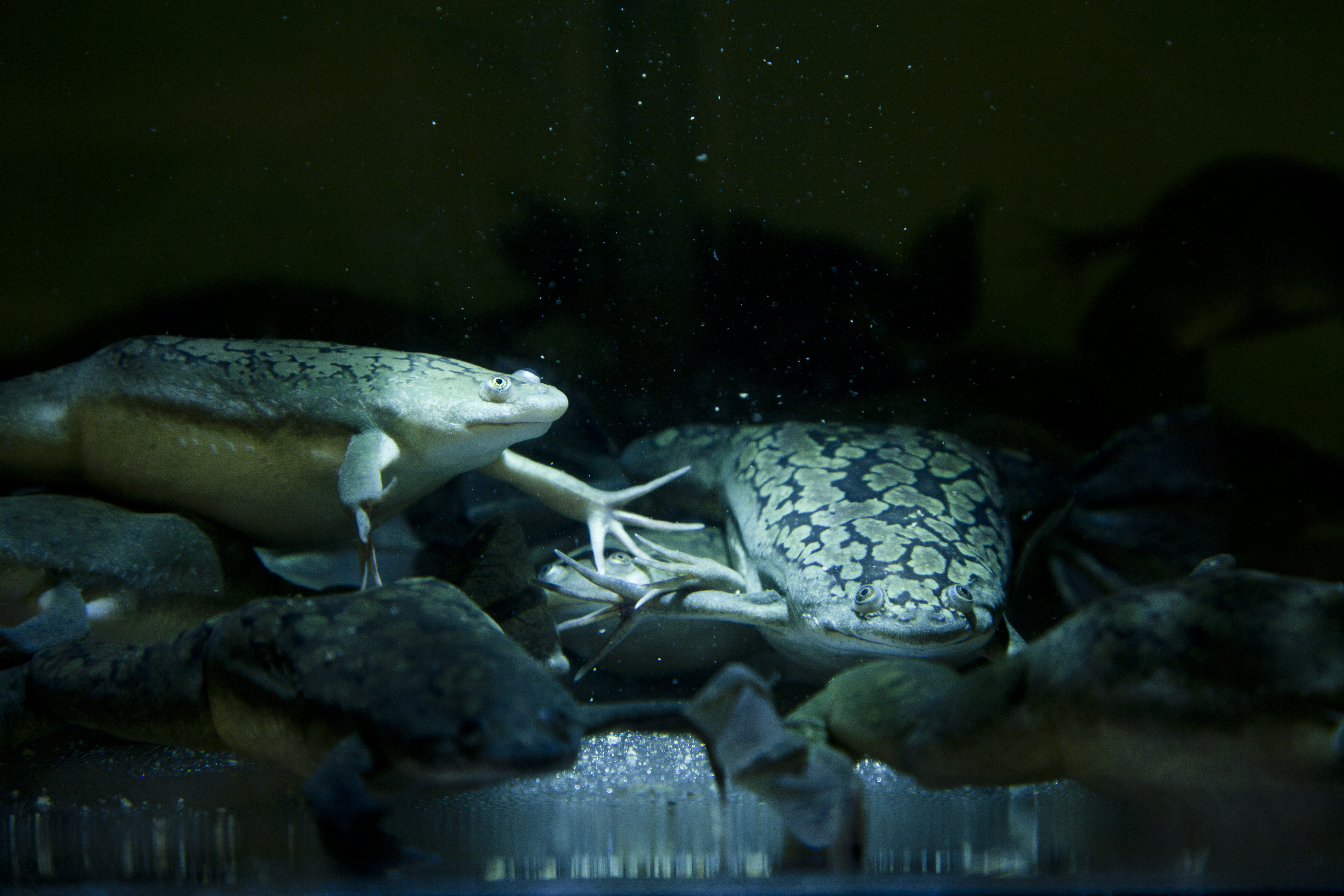 The National Xenopus Resource (NXR) at the MBL is at the center of a newly funded research project to build an atlas of cell types in frogs.

MBL Senior Scientist and NXR Director Marko Horb is co-principal investigator on the National Institutes of Health grant, which will fund work on a new single-cell sequencing platform at the NXR. The principal investigator is Leon Peshkin, a lecturer at Harvard University and adjunct scientist in the MBL Bell Center.

The new NXR platform, called XenCAT, will allow scientists to study mutant Xenopus strains with single cell analysis. (By separating out single cells from an embryo or tissue and sequencing them individually, scientists can compare the cells’ genomes or transcriptomes and discover population differences or evolutionary relationships among them.)

Many of the transgenic Xenopus created at NXR are important for studying genes that are involved in disease, development, and aging in humans, and XenCAT will help researchers answer questions about the functions of these genes and cell types with more precision than ever before.

Unlike many other model organisms, in one round of ovulation, one frog can produce 2,000 embryos. All of those embryos then develop and differentiate in perfect synchrony for the first few days. Because of this and many other advantages, Xenopus is widely studied, especially within developmental biology. However, a cell atlas has not previously been created.

The NXR serves the large community of Xenopus researchers by offering training on advanced technologies and breeding of various mutants. Now, it will add XenCAT to its repertoire of tools.

“As somebody who has a PhD in machine learning, I know how important it is to have reproducible methods and high quality data because otherwise you learn ‘garbage in, garbage out’,” says Peshkin. “So I'm excited about having funding to get enough repeats and to go deep enough to get great data.”

A pilot version of XenCAT won a Breakthrough of the Year award from Science magazine in 2018. That same year, Peshkin hosted a week-long gathering of 26 senior developmental biologists at Howard Hughes Medical Institute's Janelia Research Campus. The goal of the “Jamboree” was to collaboratively characterize the complex lineages and patterns within the Xenopus embryo with the help of experts from varying domains. Now that the project has new funding, Peshkin looks forward to possibly hosting another Jamboree to build on their previous work.

Peshkin hopes that in addition to creating a helpful resource for Xenopus researchers, this project will be a blueprint for building cell atlases for other model organisms, especially aquatic organisms, through MBL. “The biggest strength of model organisms is in [their] multitude,” he says. Many insights about evolution are drawn from comparison of homologous cases across species. “I think it would break new ground in terms of comparisons at the single-cell level across many organisms.”