In the Ocean, It's Snowing Microplastics | The New York Times 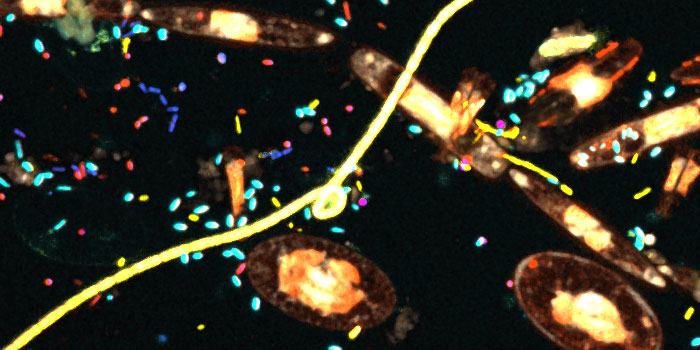 This article quotes MBL Adjunct Scientist Linda Amaral-Zetter, who coined the term "plastisphere" to describe marine microbes living on ocean microplastics. Amaral-Zettler, a pioneer of marine microplastics research, was formerly an associate scientist at the MBL's Bay Paul Center. She is now with the Royal Netherlands Institute for Sea Research and continues to collaborate with MBL scientists.

The snow begins as motes, which aggregate into dense, flocculent flakes that gradually sink and drift past the mouths (and mouth-like apparatuses) of scavengers farther down. But even marine snow that is devoured will most likely be snowfall once more; a squid’s guts are just a rest stop on this long passage to the deep.

Although the term may suggest wintry whites, marine snow is mostly brownish or grayish, comprising mostly dead things. For eons, the debris has contained the same things — flecks from plant and animal carcasses, feces, mucus, dust, microbes, viruses — and transported the ocean’s carbon to be stored on the seafloor.

Increasingly, however, marine snowfall is being infiltrated by microplastics: fibers and fragments of polyamide, polyethylene and polyethylene terephthalate. And this fauxfall appears to be altering our planet’s ancient cooling process. Read the full story.

Source: In the Ocean, It's Snowing Microplastics | The New York Times