The Shark Harness: Filming the Secret Life of Sharks 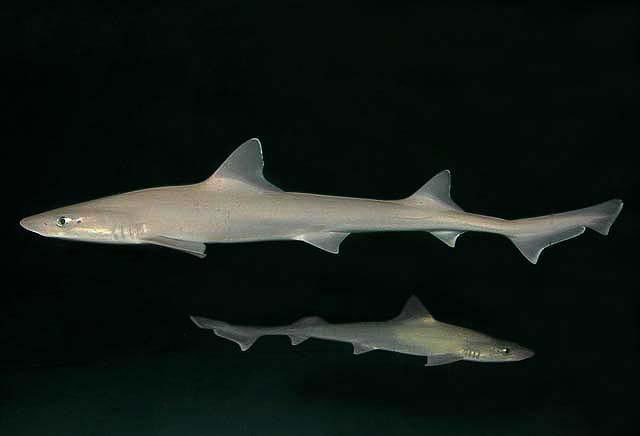 Sharks are some of the most popular animals, but how they spend their time in the ocean is a bit of a mystery. Shark biologist and MBL Whitman Fellow Craig O'Connell has developed the Shark Harness, which films and tracks tagged sharks, providing insight into post-release behavior, predator-prey interactions, and habitat preference.

The research was published in a recent issue of Marine and Freshwater Behaviour and Physiology.

“Animal-borne imaging systems, like our Shark Harness, are important tools for us to not only track the minute-by-minute movements of our focal animals, but also to capture a unique glimpse of the shark’s post-release behavior,” said O’Connell. “By using these systems, we can collect valuable data pertaining to capture stress, post-release survivorship, predator-prey interactions, and habitat preference.”

O’Connell and his team conducted all of the laboratory work on the Shark Harness at the MBL in May 2017, while he was a Whitman Fellow. Field work was conducted between June and August 2017 and is still ongoing. Often, tag packages are drilled into the cartilage dorsal fin of sharks (think of it like getting your ears pierced), but that only works for shark species with rigid dorsal fins.

At the MBL O’Connell worked with smooth dogfish (Mustelus canis)—a small shark species about 48 inches long and lacking a rigid dorsal fin. Right now, the Shark Harness camera records for a total of 2.5 hours before popping off the shark and floating to the surface.

“Then the fun part happens, which is when you have to try and find the device floating in the middle of the ocean,” said O’Connell. “Even though there are numerous tags that help you pinpoint the location of the Harness, it’s kind of like finding a needle in a haystack.”

Footage of a dogfish wearing a Shark Harness . The video is a field deployment at a test site in Montauk, NY. Video Credit: Craig O'Connell

The device has been tested on a number of small shark species including smooth dogfish (Mustelus canis), dusky shark (Carcharhinus obscurus), and the common sawshark (Pristiophorus cirratus). In one memorable instance, while testing the device in the field, that day’s tagged focus animal was almost eaten by a dusky shark. O’Connell said the predation behavior, which they ended up seeing a few times, was unexpected, and “revealed another benefit of using this new system and also a potential reason for modification.”

O’Connell called the harness a “work in progress,” adding that the team is working on streamlining the float package to make it more hydrodynamic and increasing the recording time to six to 10 hours. The team plans to continue deploying the shark harness to learn more about small meso-predatory sharks like dogfish.

“Shark scientists often focus so much on the large apex predators (e.g. white sharks – Carcharodon carcharias) that I feel like smaller shark species are overlooked,” said O’Connell. “While many people consider smooth dogfish sharks a nuisance species, the more our team works with them, the more we learn that they may be a key dietary component for several shark species listed as endangered by the International Union for Conservation of Nature (IUCN).”