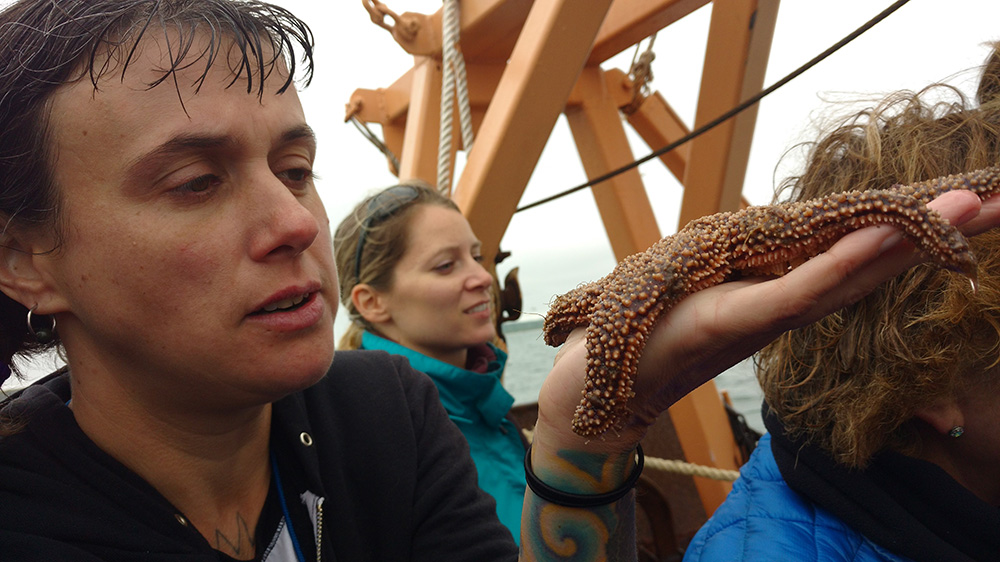 This article profiles MIT Associate Professor Nikta Fakhri, who collaborated to establish the sea star as a model system with Zak Swartz, now an assistant scientist at MBL. Fakhri was a consultant to the '22 MBL Physiology course and is an alumna of Physiology (2011) and of MBL's Optical Microscopy in the Biomedical Sciences course (2007).

In a sunny lab at the Massachusetts Institute of Technology, two starfish fought over their prey. Overlapping arms pinned a hunk of thawing cocktail shrimp against the side of the tank. Thousands of suction cups rippled furiously against the glass as each echinoderm struggled to inch the prize toward its own maw.

The physicist Nikta Fakhri looked on with a grin. Not many physicists keep ocean life in their labs, but Fakhri has learned to care for starfish nearly as well as a marine biologist would. And now she’s expanding her menagerie; when a reporter visited recently, a couple of tanks awaited the imminent arrival of sea urchins.

Fakhri has turned to echinoderms in the hope of answering an age-old question: What is life? Or, in one modern formulation: How do the microscopic operations of proteins and cells add up to a clash between hungry starfish? Read rest of the article here.