Can Growing Seaweed Protect Shellfish Farms as Climate Warms? The Roberson Lab is Finding Out 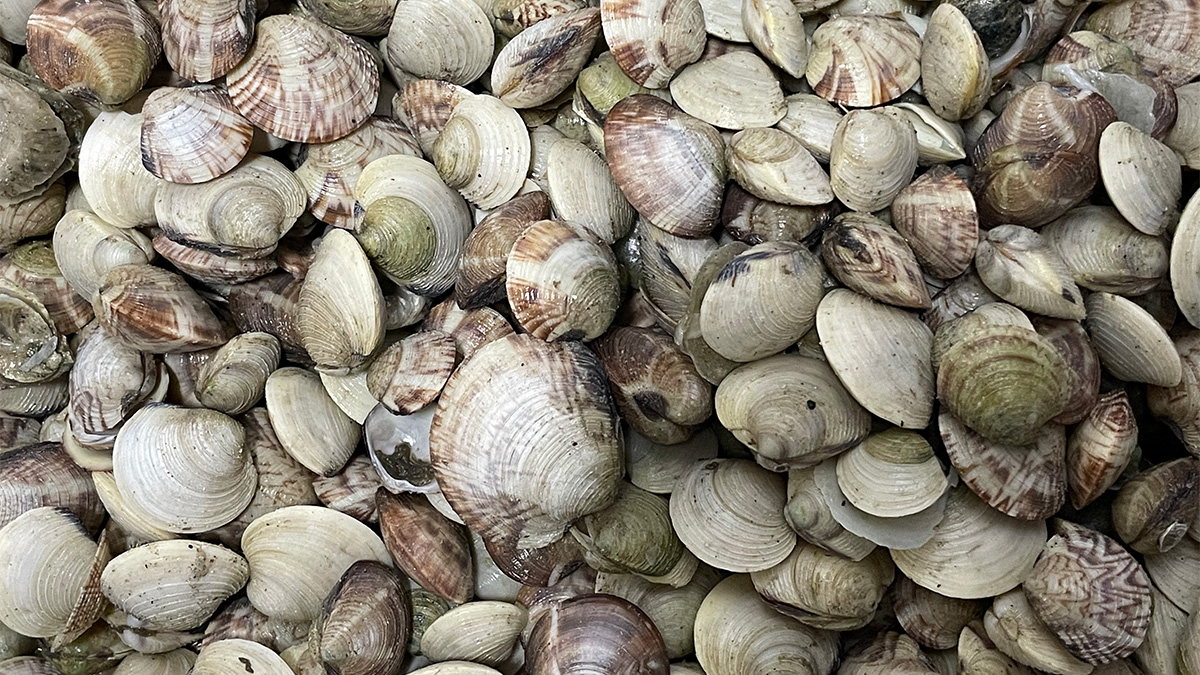 MBL Associate Scientist Loretta Roberson has received new funding to explore how seaweed can protect shellfish farming from the negative impact of an increasingly acidic ocean.

The grant is from the U.S. Department of Agriculture in partnership with Bigelow Laboratory for Ocean Sciences.

Roberson and her collaborator, Two Docks Shellfish LLC, will grow tropical seaweed alongside hard clams in Tampa Bay, Florida, to see if the seaweed can boost the clams’ productivity while reducing the effects of ocean acidification.

Macroalgae (seaweed) can enhance alkalinity through active photosynthesis and may therefore mitigate the impacts of acidification on shellfish aquaculture. 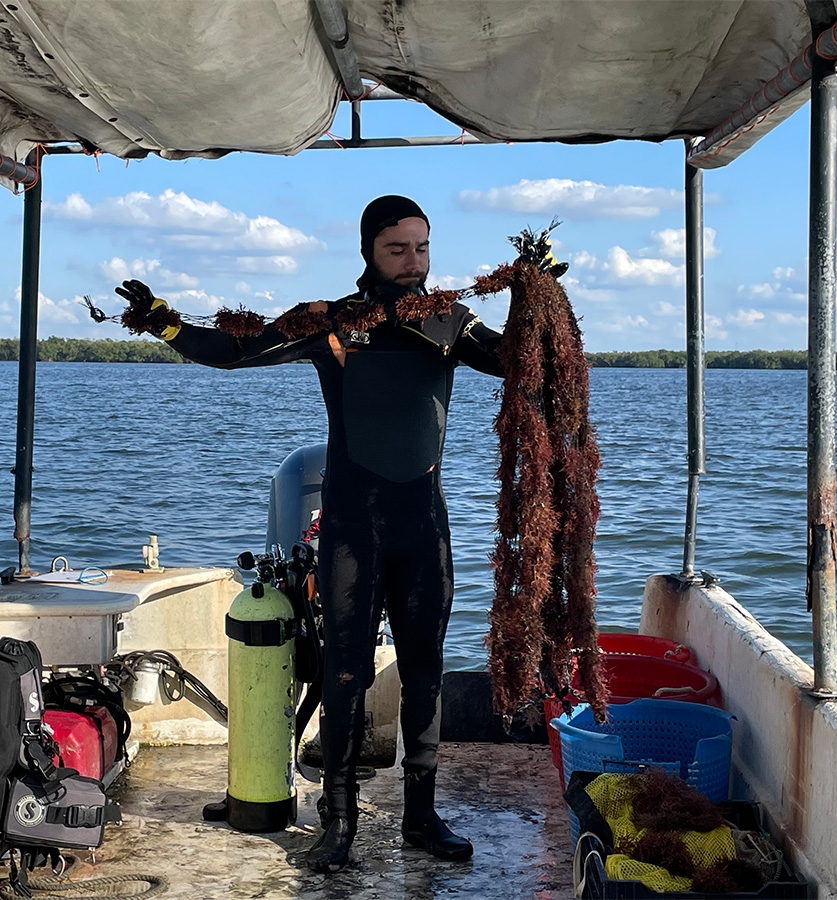 Marc Scott of Two Docks Shellfish and the seaweed Gracilaria to be outplanted. Credit: Loretta Roberson

The team will test cultivation of several species, including two endemic ones:  the sunray venus clam (Macrocallista nimbosa) and the macroalgae Eucheuma isiforme, a genus that is economically valuable in Asia and parts of Africa for producing carrageenan but is currently underutilized in the United States; the commercially important hard clam Mercenaria mercenaria, and species of the seaweed Gracilaria.

This will be the first commercial seaweed farm in Florida waters and the team hopes to not only help diversify the species cultivated, but also boost the seaweed industry in the state and Caribbean.

Additionally, southwest Florida has dealt with significant and destructive red-tide blooms in recent years caused by the dinoflagellate K. brevis. These blooms have impacted tourism, recreational and commercial fishing, and a variety of endangered species, such as the Florida manatee. Development of an aquaculture industry focused on producing an assimilative species such as E. isiforme will provide nutrient remediation benefits that may, over time, help mitigate the frequency and intensity of red-tide blooms. The team will also keep an eye on any inhibitory effects the seaweeds may have on blooms, as has been observed in other seaweed species. 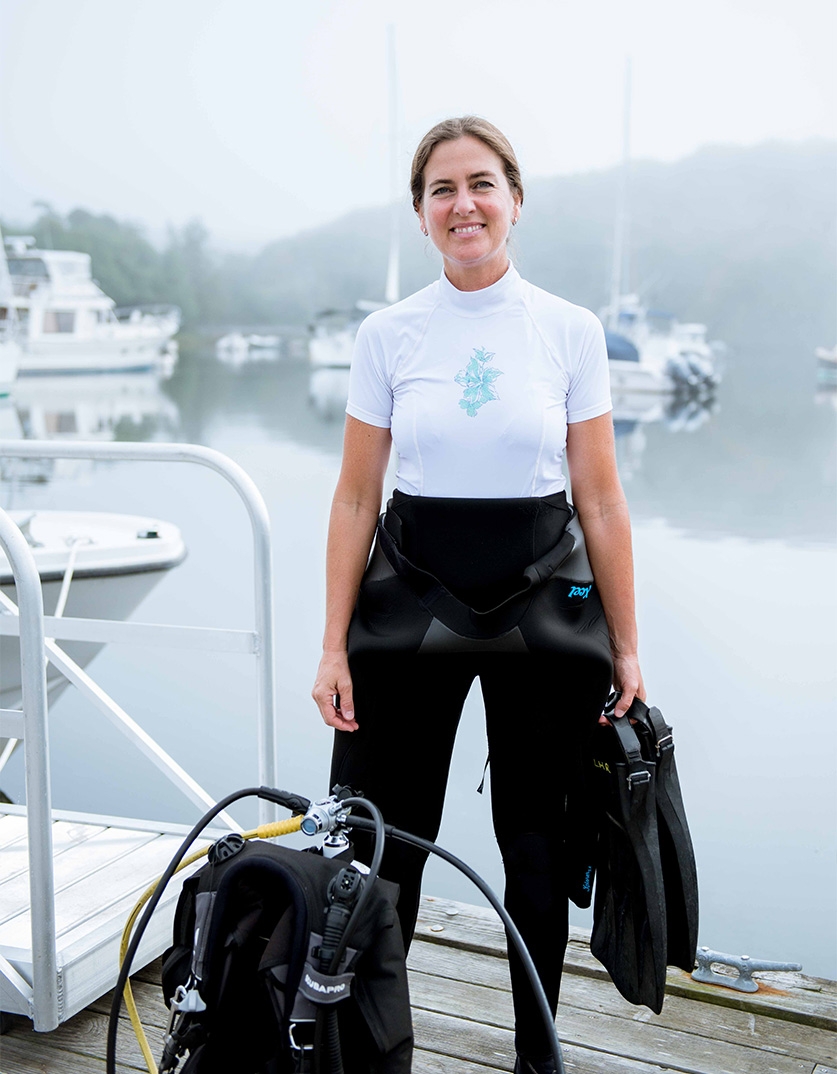 Roberson has assembled an expert industry/academic coalition that is uniquely suited to this work. Her laboratory at the MBL is focused on cultivation of tropical seaweeds and currently operates seaweed farms offshore of Tampa Bay and in Puerto Rico funded by the U.S. Department of Energy. Two Docks Shellfish is a small business that has been farming shellfish in Tampa Bay since 2018. Partners from Harbor Branch Oceanographic Institute at Florida Atlantic University have developed hatchery systems for the sunray venus clam, which are of growing market interest. Florida Sea Grant is providing support for technology transfer and outreach for potential seaweed farmers.

This grant is one of six recently awarded by Bigelow Laboratory for Ocean Sciences to pursue discoveries into applied benefits of seaweeds and seagrasses. Each group will use the funds to explore how science-based agricultural solutions can support healthy economies and the environment. Read more here.