It Looks Like a Shell, but an Octopus and 40,000 Eggs Live Inside | The New York Times 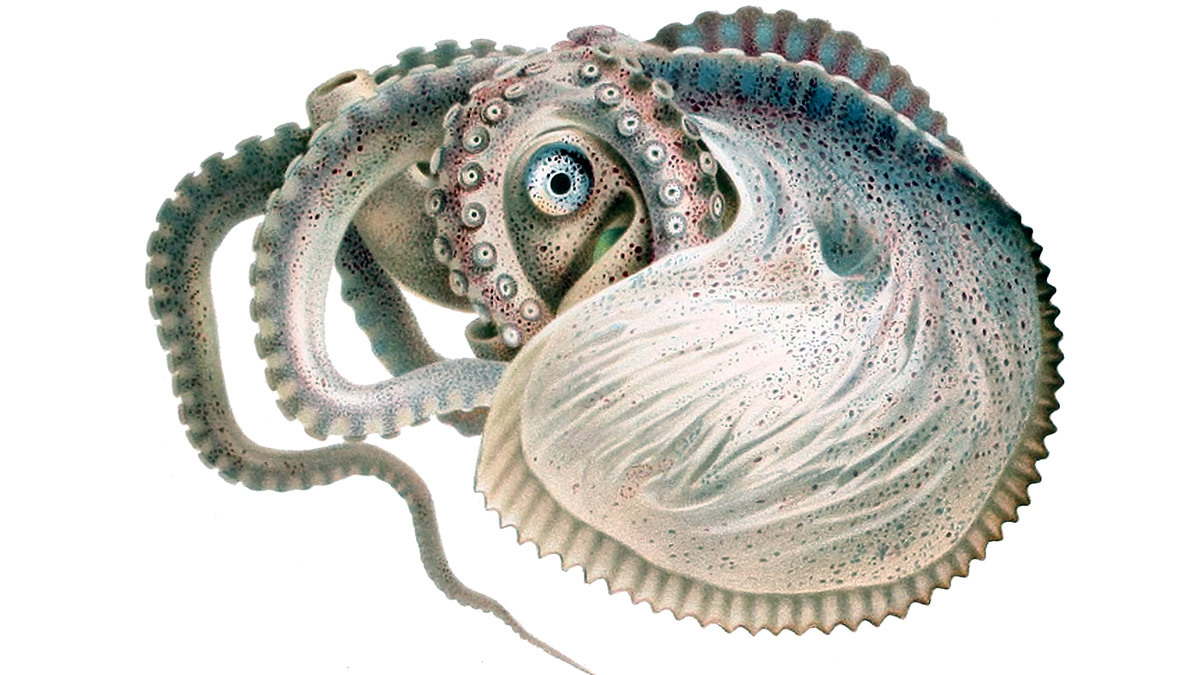 Argonauta Argo is not a typical octopus. When a female mates, first she keeps her partner’s detachable, sperm-filled limb inside of her. Then she begins making something like a handbag.

She uses the tips of two of her blue-sheened arms to secrete a mineral formula, crafting it into a paper-thin basket shaped like a shell. The construction can grow to nearly a foot in length, becoming the home of more than 40,000 embryos. The argonaut octopus crawls inside its shell-like purse, traps some air bubbles inside, then uses its buoyancy to bob just beneath the surface of water in warm oceans around the world.

This egg holder has such an uncanny resemblance to the hard shells of the Nautiloids, the octopus’s distant relatives, that scientists nicknamed the argonaut the “Paper Nautilus.” But now, genetic sequencing data reveals the octopus independently evolved the genes to make its intricate embryo armor, instead of repurposing DNA it inherited from its shelled-ancestors.

These findings upend some misconceptions among scientists about how cephalopods evolved, said Davin Setiamarga, a researcher at the National Institute of Technology, Wakayama College in Japan, who detailed the new data last month with colleagues in the journal Genome Biology and Evolution. Read rest of the article here.

Source: It Looks Like a Shell, but an Octopus and 40,000 Eggs Live Inside | The New York Times