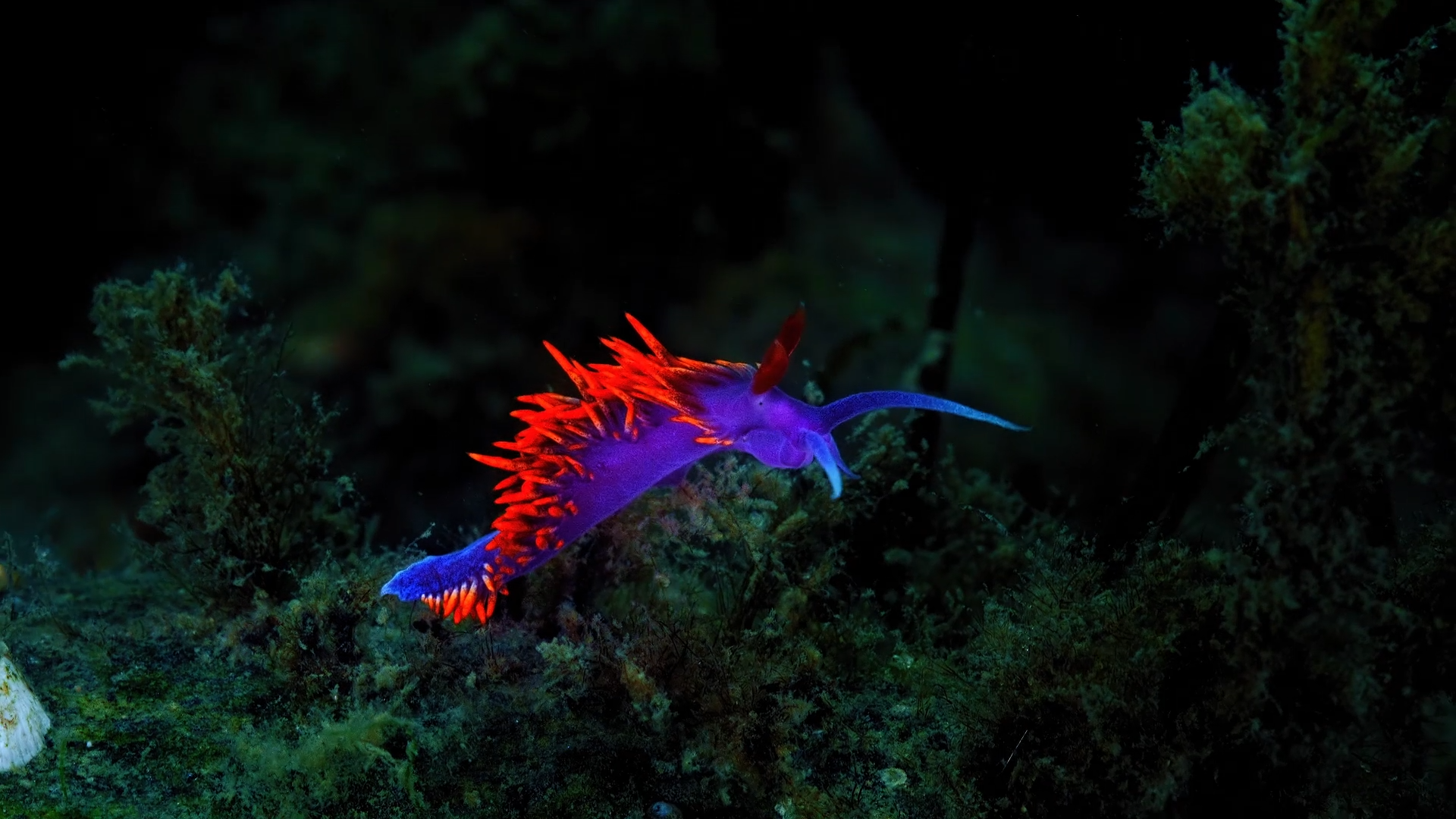 There are more than 3,000 known species of nudibranch in the world, with new species discovered on a regular basis. These flamboyant sea slugs are found throughout the world’s oceans, but they are most abundant in shallow, tropical waters. For decades, nudibranchs have been an important model in the field of neuroethology—the study of how the brain controls behavior. Neuroethologists who study sea slugs in the laboratory aim to link specific behaviors underlying neural controls. Information on behaviors and sensory cues that influence them is essential to the study of sensory systems, central processing, and motor systems, the basic neural elements that control behavior in all animals.

Looks aren’t everything, but in this division they might be. These organisms use bright colors for everything from attracting a mate to warning off predators. Organisms including cephalopods (octopus, cuttlefish, and squid) can use adaptive camouflage—showing off bright colors one moment and blending into their surroundings at the next. Researchers at the MBL study the biological processes behind some of nature’s most colorful critters.