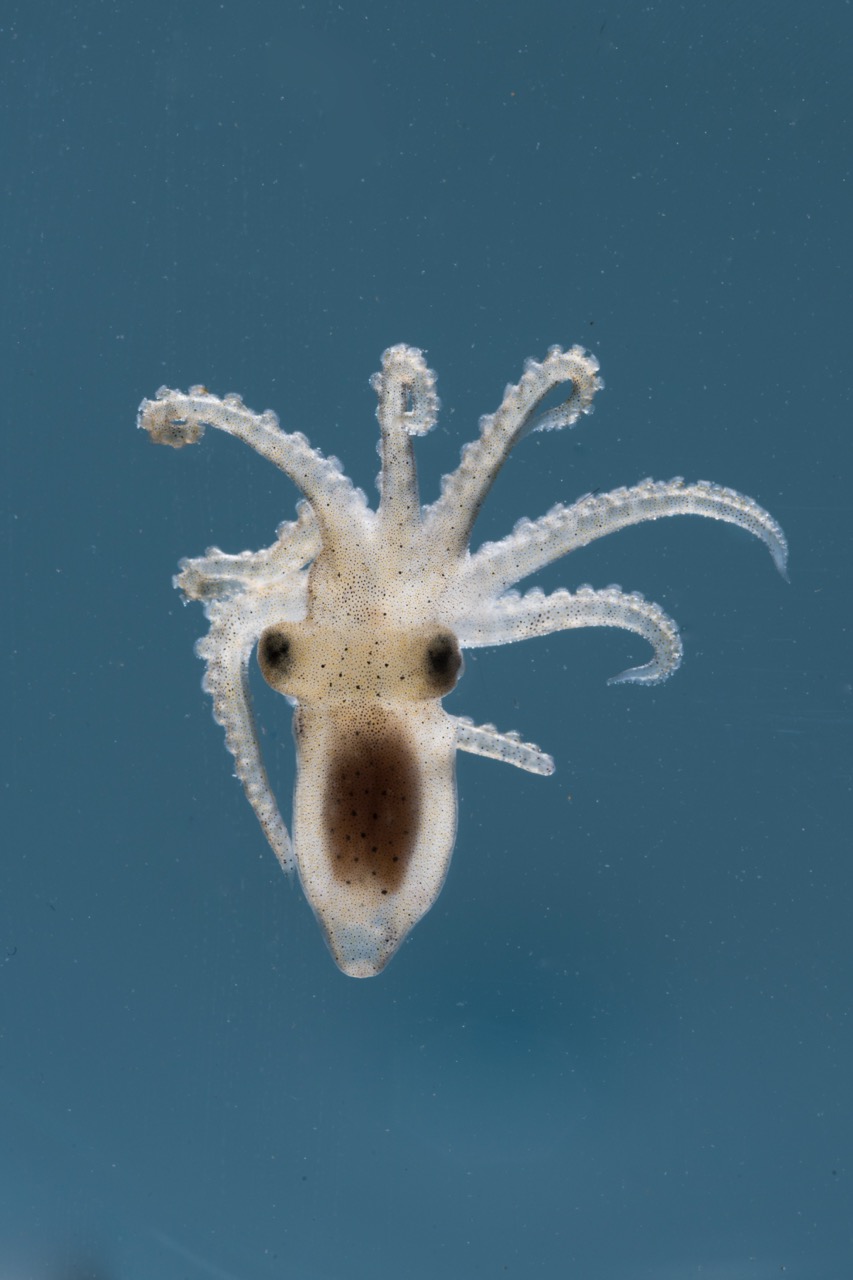 Juvenile Octopus bimaculoides, provided by the MBL's Cephalopod Program, enabled the team to image the base of all arms at once. Credit: Tom Kleindinst
By Alie Caldwell | UChicago Medicine and Biological Sciences November 28, 2022

Octopuses are not much like humans — they are invertebrates with eight arms, and more closely related to clams and snails. Still, they have evolved complex nervous systems with as many neurons as in the brains of dogs, and are capable of a wide array of complicated behaviors. In the eyes of Melina Hale, PhD, and other researchers in the field, this means they provide a great opportunity to explore how alternative nervous system structures can serve the same basic functions of limb sensation and movement.

Now, in a new study published on November 28 in Current Biology, Hale, William Rainey Harper Professor of Organismal Biology and Vice Provost at UChicago, and her colleagues have described something new and totally unexpected about the octopus nervous system: a structure by which the intramuscular nerve cords (INCs), which help the animal sense its arm movement, connect arms on the opposite sides of the animal.

The startling discovery provides new insights into how invertebrate species have independently evolved complex nervous systems. It can also provide inspiration for robotic engineering, such as new autonomous underwater devices.

“In my lab, we study mechanosensation and proprioception — how the movement and positioning of limbs is sensed,” said Hale. “These INCs have long been thought to be proprioceptive, so they were an interesting target for helping to answer the kinds of questions our lab is asking. Up until now, there hasn’t been a lot of work done on them, but past experiments had indicated that they’re important for arm control.”

Thanks to the support for cephalopod research offered by the Marine Biological Laboratory, Hale and her team were able to use young octopuses for the study, which were small enough to allow the researchers to image the base of all eight arms at once. This let the team trace the INCs through the tissue to determine their path. Read rest of the story here.