R/V Gemma Gets a New Engine

Since 1981, R/V Gemma has been a vital and iconic part of life at the MBL. The vessel, which officially earned its research vessel (R/V) designation from the U.S. Coast Guard in 2020, spends summers trawling the waters of Vineyard Sound, collecting a variety of local aquatic creatures for MBL researchers and visiting scientists.

To ensure Gemma continues to function in peak condition, the MBL has updated some major systems over the past few years.

"The Gemma began service in the early 1980s and operated for the next 38 years without any significant issues. In 2018 we initiated a plan to upgrade or renovate all the major systems aboard that included new hydraulics, mast and rigging, replacing the decks, securing the hull and now, in 2022, replacing the engine and transmission," said David Remsen, director of Marine Research Services at the MBL.

"The result will be a nearly new vessel that should continue to serve the MBL for decades to come," said Remsen.

The refit was supported by Patricia and Charles Robertson and two anonymous donors.

Watch a timelapse video of the new engine being lowered by crane onto the Gemma at Kingman Yacht Center. 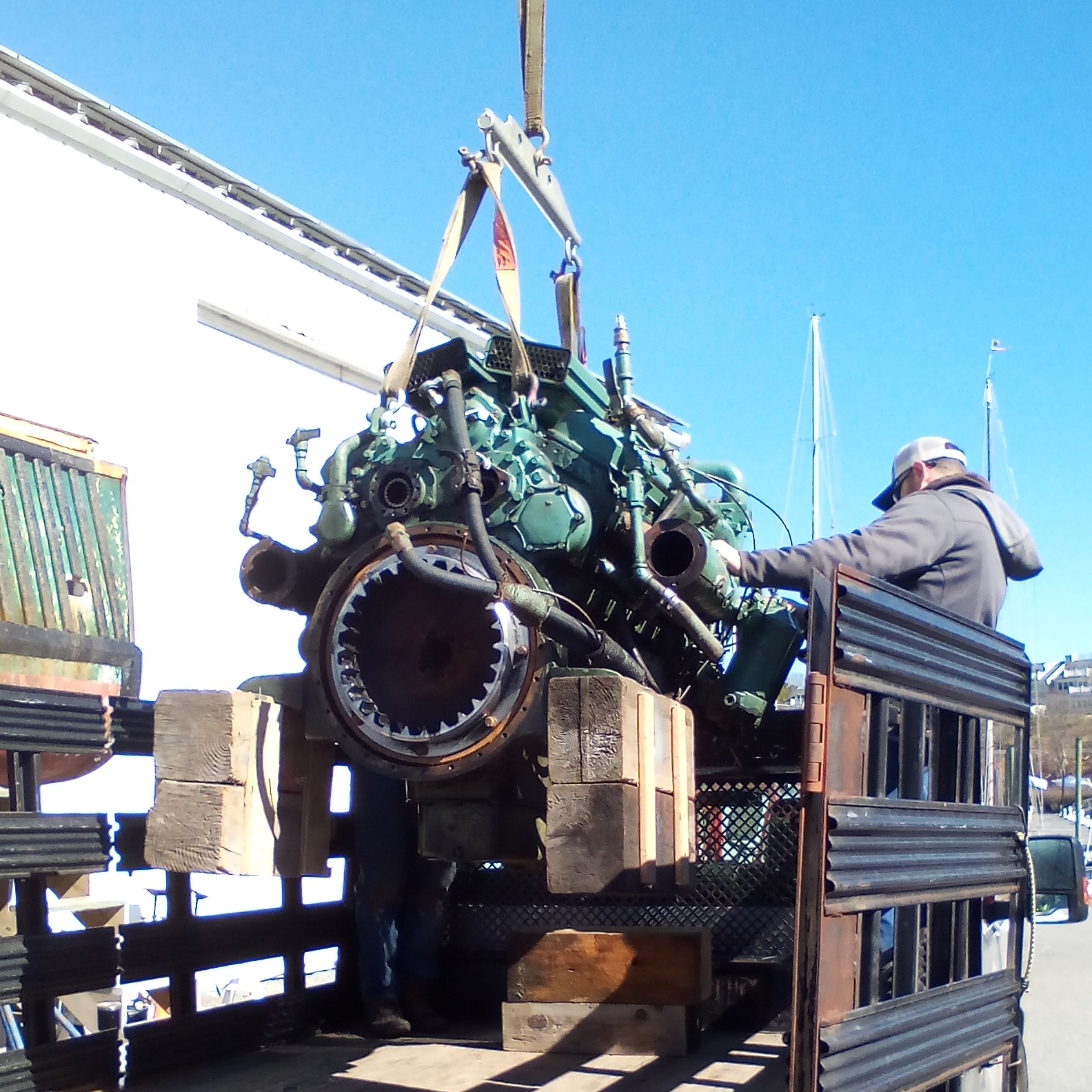 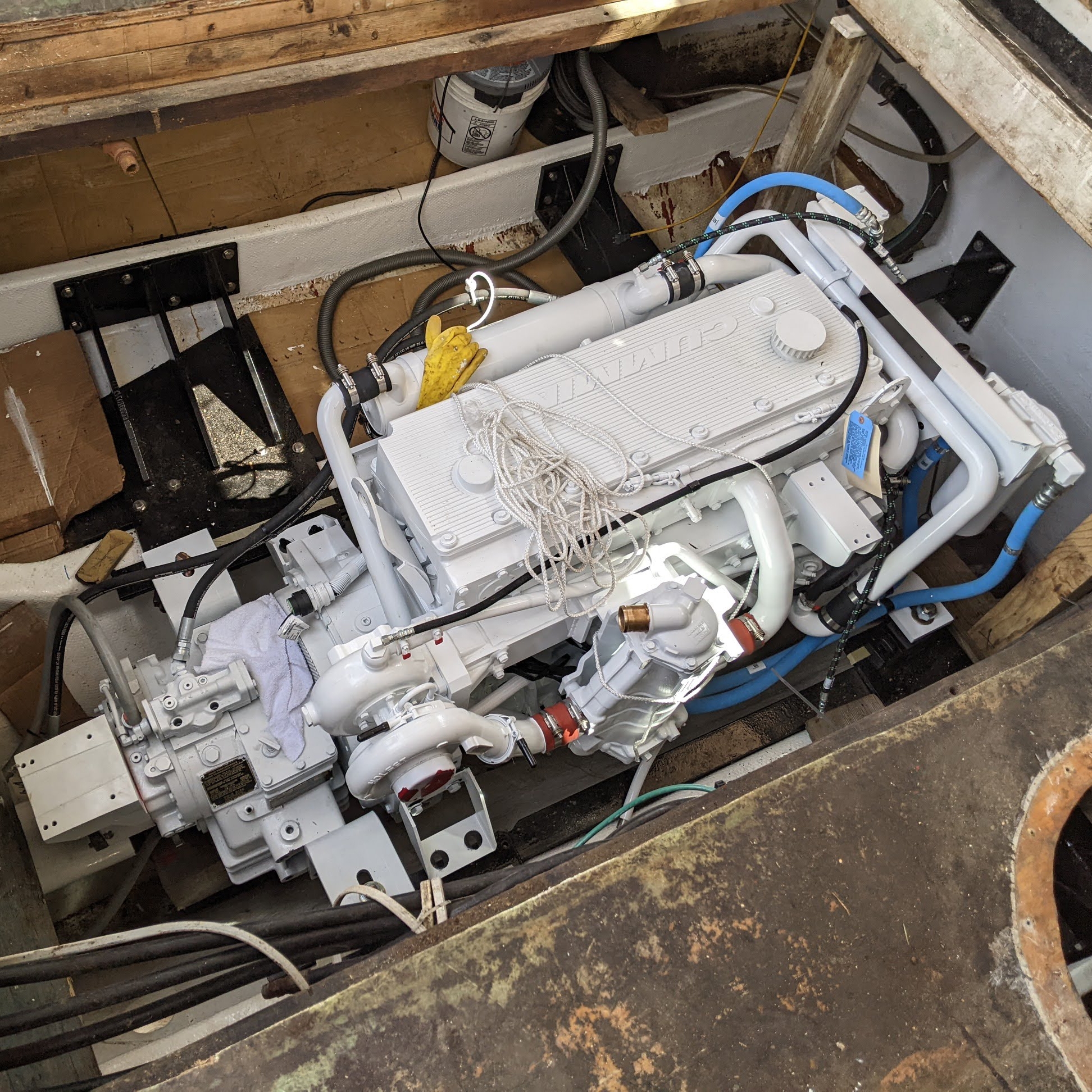 The new engine, already lowered into place and ready to be hooked up. Credit: Emily Greenhalgh